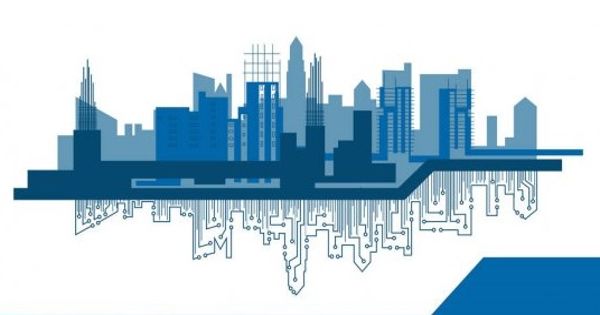 Urbanization and Its Causes

Living in cities: Cities have long been places where the concentration of large numbers of people has fostered specialization in commerce, industry, arts, sciences, and culture. The percentage of the world’s population living in cities is increasing rapidly – from 2% in 1800 to 14% in 1900 to 47% in 2000 to a projected 60% in 2030. This growth results partly from people moving to cities to take advantage of increased opportunities and improve their standard of living. It is also the result of migration from other countries and the high fertility rates of the more mobile young people.

Each city develops in a unique way according to the people, policies, resources, and geography of the area. There is an ongoing change as people move, needs change, and buildings and infrastructure age. Globalization with its rapidly developing communication technology and movement of capital is leading to some cities becoming powerful across the world, while others with fewer resources are expanding due to the migration of people for work purposes, particularly in the labor-intensive manufacturing and service industries.

Rapidly increasing populations in cities often mean that there are major economic, social and environmental issues to be addressed – particularly in the fast-growing cities in developing countries.

Economic issues: Cities are increasingly becoming the engines of economic growth. Urban-based economic activities account for more than 50% of the gross domestic product in all countries and more than 80% in Europe. The lowering of trade barriers associated with globalization, coupled with improved transport, communications, and production processes has seen jobs and capital moves to areas with lower wage costs.

The resulting volatility in the job market has meant that only those who can adapt are likely to remain in employment. Many people are cut out of work because they lack the requisite training and the means to obtain it. This is leading to a rapid increase in the numbers of urban poor. The poor and unskilled are vulnerable to exploitation, as surplus labor means wages can be kept low and working conditions poor. Many people create their own employment through informal jobs and micro-enterprises, such as selling small items on the street or services such as shoe cleaning or repairs.

Housing and infrastructure: Without income, the poor may be homeless or forced to find cheap housing, often in squatter settlements in open spaces along railway lines, rivers, or highways and made from scavenged materials. These areas generally have uncertain water and electricity supply, limited transport, and poor-quality food, and are affected by pollution and crime. Poor sewerage and pollution lead to disease, which quickly spreads in cramped conditions. People living in these areas suffer insecurity being under the constant threat of eviction so the land can be used for more economically productive purposes.

A growing population places a major strain on outdated facilities, while the cost of the new ones can be very high. Increasingly, the massive costs of developing and maintaining infrastructure or rebuilding it after destruction by conflict or natural disasters have led to the privatization of services, which often brings increased costs that affect the poor people the hardest.

Social issues: People in cities tend to live further away from their families and have fewer family connections. This separation can mean greater freedom and less restriction on behaviors, particularly in the case of women, but it also can limit social support and family breakdown, and the exploitation or abuse of vulnerable people. It is important for governments to maintain law and order in the protection of these people.

International migration means that many cities have a multicultural population which can result in culturally distinct areas or ethnic ghettos. Positive social interaction and tolerance can be improved with good policy and shared cultural, religious, and recreation facilities.

Environmental issues: Expanding cities make big demands on the environment, often taking over farmland, polluting waterways, and producing large amounts of waste in order to meet the population’s need for food, water, and energy. If cities are to be sustainable the amount of damage they cause to the environment needs to be limited by such means as restricting their growth, enforcing improved services, and increasing accessibility of services so that people can walk or cycle to workplaces and shops. Encouraging growth in rural areas through improved services also limits the expansion of cities. Open spaces in cities can also add to their livability both socially and environmentally.