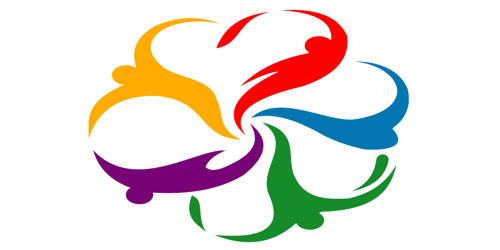 Useful but untreasured – a story about the fate of plasticware

Useful but untreasured – a story about the fate of plasticware

“Get off my back. You’re squashing me.”

“Step aside. You’re blocking my view.”

“What’s that squeamish liquid swimming in you? Are you insane to allow such inedibles to be in you?”

“Look at your state! You get easily chipped and you melt when hot water is poured into you. As for me, nothing flaks me, hot or cold, chilly hot or water hot. I can take anything.”

These exchanges were heard, day in and day out in the pantry where Mrs. Locke kept all her containers that were made of plastic, metals of copper, tin, aluminum, stainless steel, porcelain, and wood. You name the material, she has it. If only Mrs. Locke could understand what her “prized” possessions were saying, she would be surprised at their lofty and arrogant talk.

Little square keeper gave a contented sigh. “My sisters and I come in such lovely hues. Mrs. Locke looks for us whenever she wants to pack her sandwiches and tea cakes. We are never ever forgotten. We love the cries of pleasures whenever she drops us off at her Thursday tea party.”

The bamboo “bakul siah” turned up her nose and snorted. “You are absolutely wrong. You can’t beat my status. You can see my family members at all Peranakan engagement and wedding ceremonies. Without us, the authenticity of the traditions is missing.”

Her arrogance was met with stony silence as all rudely ignored her. She was really a pain and no one could be bothered with her claims and self-praise and glory.

“Friends, stop acting like spoilt brats. We all have our uses. Some are used more often than others but they get tainted, chipped, broken and discarded faster. Look at the cheap plastic containers that are in abundance in the “2 dollar plastic shops” – they are used but once. Can you see the flying Styrofoam food containers, the plastic water containers that lie in agony on the streets and drains, the expensive water bottles with all the famous trademarks are abandoned just as well when they turn smelly or discolored? We should demand quality products so that we can serve mankind longer.” The words came from a scarred Tupperware tumbler that had seen better days but now was left to fend for herself in some dark corner, practically forgotten.

“Serve mankind better! You must be out of your mind. Years ago, they said plastic is non-biodegradable, now they say we’re recyclable. And I won’t be too surprised if they say we’re unreliable or even indispensable.” The grumblings emitted from a dark corner in the pantry.

Some of the plastic receptacles nodded sagely in agreement while some others feigned ignorance or intolerance.

A sudden stream of light filtered into the pantry as the pantry door was pulled ajar. In the doorway stood rotund Mrs. Locke and her long-suffering domestic help. “Anna and May told me to get rid of all these plastic, wooden, and metal stuff. They’re getting for me a completely new set of durable stuff and I need storage space for them. So, Siti, throw away those that no longer look presentable or pack them into black plastic bags to be donated to anyone who fancies them.”

Those words put the fear of abandonment into each and every resident in the pantry. Who would be the unlucky ones? Who would get a second chance of survival?

All were struck dumb until a quick-witted small pair of plastic chopsticks slipped off the shelf and whoa!, as Mrs Locke turned her back to exit, she slipped. The impish chopsticks had lodged themselves in the path of the feet. She gave a loud cry as she caught hold of her maid and both of them fell, the fat one on top of the puny one.

For once, the whole pantry was united. They were vastly amused and their glee knew no bounds or limits as they laughed themselves silly at the bizarre sight.

“That reminds me, we should stick together against mankind. We have to be the masters, not the slaves at the whims and fancies of man.” Injected an unfamiliar voice from the floor – a rubber ball.