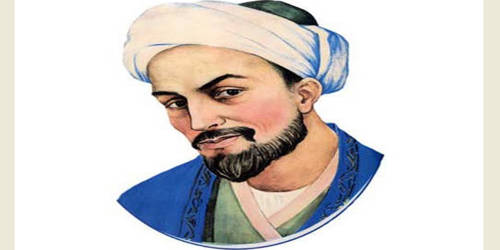 Sheikh Saadi was a great poet in Iran. He was a great scholar of the Persian region. He used to lead a very simple life. Once the king invited him to his place. The place of the king was too far. On the way, the night came. Once on his way to the court of the king of Iran. He took shelter in a nobleman’s house for a night. He was then in very simply dressed. The servants of that house took him for an ordinary man. They did not care for his comfort at all. They gave him very simple food. Saadi felt very sad but did not tell anything to anybody and somehow passed the night. However, the next day, Saadi left the rich man’s house and went to the place of the king.  In the morning, he started for the court. He reached the court and stayed there for some days. The king showed him much honor. He gave him some beautiful dress sheik Saadi took the dress and wore one of them. On his way back home, he again took shelter in that nobleman’s house. This time he was in rich clothes. The nobleman took him to be an elite one as he noticed him in a gorgeous dress. He welcomed him very cordially and showed him much respect. After some time, the servants came with rich food for him. Saadi understood the reason why he was treated so nicely. So, he decided to teach him a good lesson.

When he sat down to eat, a strange thing happened. Instead of eating the delicious foods, he began to put them into his pockets. The nobleman, as well as his servants, was surprised at this. The nobleman asked politely, “What are you doing Sir?” Saadi replied I am doing the right thing. Some days ago when I came to your house in a plain dress, nobody cared for my comfort. Sheikh Saadi told them that he took shelter in this house while he was going to the placer of the king but at that time he was not well dressed. Now, I’m in gorgeous dress and all of you are showing respect to me and serving rich food. I think it is not I but my dress which has earned this food. So, I’m putting them into my pockets.” Hearing this, the nobleman understood his fault. He was very much ashamed and begged Saadi’s pardon. The owner, as well as the people of the house, got ashamed for their deeds. They requested him to forgive them for the first time.