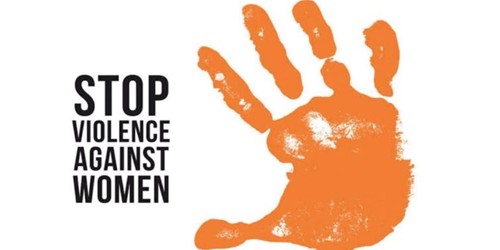 Violence against women has been a serious social, cultural and economic problem. Violence results in misunderstanding might, power and support by the underground big guns. It is a serious problem. Gender-based violence is violence directed against a person because of their gender. All countries of the world experience the barbarous custom of violence perpetrated by both men and women of all calibers whether at home, workplace, street, primitive jungles, areas steeped in the wars. Both women and men experience gender-based violence but the majority of victims are women and girls.

The brutality against women in different societies and some of the methods of society. The battered women have almost become an institution so vehement and ubiquitous is the problem which in most cases goes unreported and unresolved due to matrimonial ties involving subtle deterrents like withdrawal of financial support, shame, and propaganda.

Women have been battered, abused, murdered, beaten, killed and whatnot for different reasons in the following countries- 95% abused in France, 60% murdered in England, 62% murdered by their husband in Canada, in Bangladesh 50% women were killed by men. In Beijing, there is concern about the frequency of domestic violence, in Chinese families amounting to two-thirds of Chinese households.

There are a few reasons behind this violence syndrome. Man is by nature sex-oriented, self-centered, greedy, malicious and rapacious as well. Some people are not satisfied with a single wife. They want to fornicate or, cohabit with more than one woman or girl at a time. They find interest when they find a chance of enjoying the opposite sex physically. The Dowry system and barbarous character lead them to commit violence domestically.

Violence syndrome does not belong to the same category or nature. It differs from man to man, taste to taste, country to country on geographical situations and climatic conditions. Rape is a common outrage against women and young girls and even babies committed by fathers. In South Africa, one woman was raped every 90 seconds and six women in the USA every six minutes. Sexual harassment is another favorite abuse.

In the workplace, bosses demand sexual favors in exchange for career advancement or job security. In India, boys are preferred to girls and women are made ashamed to bear girls. Excessive sexual abuse brings about a heavy loss of character, finance, and social status. It also creates health problems, traumas, infections, and uterine retention.

Its solution or eradication is a crying need. To prevent domestic violence the following suggestions can be accepted. Since man is a rational and considerate being, awareness of its danger should be created among men of all nations. Everyone should keep himself aloof from inhuman, unsocial, irreligious works.

Everybody’s target should be to build up a fine heritage with lofty idealism. Spousal abuse should be stopped so that it cannot involve itself in humiliation, economic problems, and physical brutality. There should be no pressure to abort girls before prenatal testing. Dowry death should be removed by making people conscious of it.

Violence destroys peace and harmony. It should not be allowed to cut across all racial, cultural, economic, political and religious spectrums.