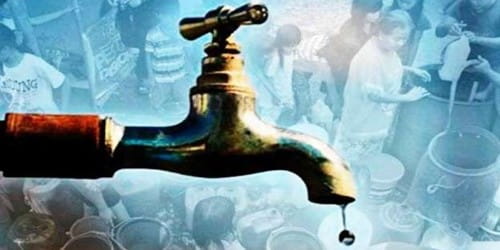 Water crises have focused peoples attention on water shortage and degradation. One main cause of water shortage is mismanagement of water resources. We take so many things for granted at home that we do not appreciate them until they become unavailable. One of these is the water supply in our house. The disturbance in water-supply maybe because of some leakage or burst of the water-pipe somewhere. Disruptions to the water supply do occur now and then. They jump to the conclusion that the people of the Water Works Department are carelessly irresponsible and their woes are owing to the inefficiency and carelessness of the staff. However, there was one that was the worst. This is because the demand for it would be far more than its total availability and hence it’s an alarming shortage.

It began one morning when we got up to prepare for the day ahead. All the taps, except one in the bathroom connected to the water tank above the bathroom, were dry. So we had to patiently wait our turn to use the only tap with water. The earth is now facing many problems such as climate change and droughts, and all of them result from human activity. Water scarcity is one of the biggest challenges because safe drinking water is reducing year by year.

We did not feel the pinch until the evening when the water tank above the bathroom ran dry. My mother had a small tank of water stored in the kitchen, but that was only for cooking purposes. So none of us could have a bath or even wash our hands. Whatever little water we had in various little containers was used sparingly. We began to be careful not to wastewater.

That evening a water-tanker from the waterworks arrived to supply us with water. We ran out gratefully with our buckets to collect as much water as we could. Soon all our buckets were full. At least we could wash ourselves that night.

We were very careful when we used the water we collected. We could not afford to waste any. The next morning, there was still no water from the taps. So again we used the limited water frugally.

Finally, the water supply was restored at about four in the evening. It was wonderful to see rust-colored water gushing out of the taps. It took a while for the water to become clear. Anyhow, we were glad that we had a normal water supply again. The major cause of water shortage is the increasing demand. The continuous growth in population contributes most to the increasing demand. Lack of effective coordination and cooperation among water agencies has led to fragmented water resource institutions which prevent effective management of water resources.