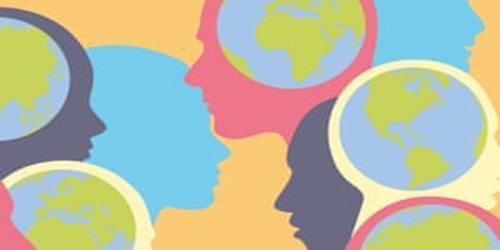 Widespread influence of western culture among students corrupt them morally

The widespread influence of western culture among students corrupts them morally – An Open Speech.

It is very hard for Easterners to resist Westernization. The influence of western ideas and culture is widespread namely in dressing, mannerisms, food, books, entertainment and even education. However, western culture can also corrupt a person morally especially young people.

There are many aspects of the western culture that are deemed not suitable for Asians namely its sense of fashion, moral values regarding pre-marital sex, pornography and wild entertainment. The young mind is easily influenced and corrupted. When one enters shopping complexes, restaurants, and other public places, the first thing that catches one’s attention is the way the young dress. Many follow the fashion nuances of the west with little regard to Asian values and perspectives related to modesty. Many young teenagers can be seen clad in low cut tops, low waist jeans and in short very revealing outfits. They mimic the western style of clothing as well as the free intermingling of sexes.

This situation has led to many undesirable consequences. Chief among them is the practice of free sex among students. The Asian values of saving oneself for marriage or until the right person comes along is discarded and considered archaic. Since many teenagers lack awareness of safe sex, they expose themselves to unwanted pregnancies, sexually transmitted diseases such as AIDS, gonorrhea, syphilis and another life-threatening disease. WE read newspaper reports almost on a daily basis on how unborn babies are being dumped in toilets, houses of worship, hospitals, and other public places. There are yet many students who upon finding themselves pregnant resort to abortion. The later can be fatal if not done by professional gynecologists. Many charity organizations report of teenagers coming for advice when they find themselves jilted by their boyfriends. There are also many reports on teenagers contracting STDs and other dangerous diseases.

Another strong influence of westernization is in the arena of entertainment. Teenagers find it exciting and fulfilling when they visit video arcades, discotheques, nightclubs and other places of entertainment. Thus, they expose themselves tot he morally deficient elements at this kind of place. Apart from picking up bad habits such as smoking, drinking alcohol and other behaviors unsuitable for people of such a young age, these teens also expose themselves to abuse and exploitation. Many young people have admitted to being sexually abused this way by friends or strangers who spike their drinks with drugs only to awake the next morning in the bed of strangers.

Thus, though not all elements of westernization corrupt young people morally, the latter seem more susceptible and even naive with regards to western influence in the arena of entertainment, fashion and behavior. Many teenagers demand unfettered freedom without realizing the consequences o their behavior which brings harm to them. In their desire to be westernized, they accept those elements which provide pleasure but places them at great risks.