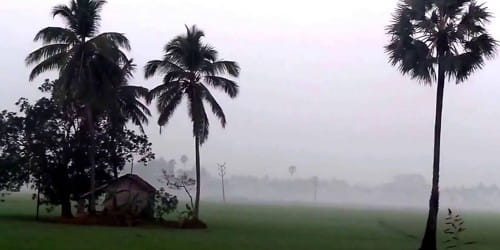 The Winter in Bangladesh

Bangladesh is a land of six seasons. Among them, winter is the fifth season and the colder part of the year, in contrast to summer. It sets in after late autumn and spreads over two Bengali months of Paws and Magh. In a word, winter is the best and most enjoyable season in Bangladesh. Winter comes after late autumn. It is the coldest season. Generally, it starts in November and lasts up to February.

Winter is the season of fog and mists. Everything seems to be decrepit. Dewdrops fall at night. When the morning sun peeps through the mists, they look like glittering beads of pearl on the grass. The sky is cloudless and blue. Sometimes, a biting cold wind blows. During this season, leaves of trees wither and drop off. So, nature looks bare. Most of the trees shed their leaves. Then they look like skeletons. Everything looks grey and hazy due to the dense fog. The weather in winter is salubrious. A sound sleep under the heavy quilt in the long winter night is very enjoyable. The sky often remains cloudless and the rays of the sun become very mild. The dew drops fallen on the grass look glittering pearls when the rays of morning sun fall on them.

Winter is the season of abundance. A larger variety of vegetables, such as cauliflower, cabbage, potato, brinjal, tomato, etc. grows up abundantly in this season. Fish is also available in this season. Besides, the juice is extracted from dates and fruits also become prolific. The general health of the people remains satisfactory as they get plenty of vegetables and fishes which have great food value. During this time, people make ‘payes’ and various kinds of delicious cakes. The village people often arrange Jatra, Jarnigan, Kabigan, stage drama and fairs for amusement in this season. Winter is also the season of various outdoor games and sports Cricket, tennis. 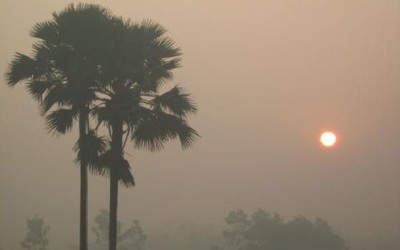 Winter is the most suitable season for carrying out various activities in Bangladesh. The peasants remain busy with the last phase of gathering paddy from the fields. Particularly winter season is pleasant to the farmers because many kinds of crops are harvested in this season. They fill their granaries with crops. It is the best part of the year for traveling or going on a picnic. Many religious festivals and social functions are held in this season. It is also the season of outdoor games and sports.

Winter is also a season of sorrow and distress for the poor who have nothing to tackle the severe cold. They suffer much for want of warm clothes and shiver in cold. Winter is not an exception. It has also certain disadvantages. The poor suffer from cold at night and in the morning. They cannot buy warm clothes. They shiver with cold and make a fire in the morning to make themselves warm. They have no other option but to bask in the sun. Sometimes, they make fire with straws, dry leaves, etc. in order to keep themselves warm.

Although winter is cold, its mild weather is truly enjoyable in Bangladesh. It awards us with lots of fresh vegetables and fruits. After all, it is the season of joviality which heralds the advent of spring.