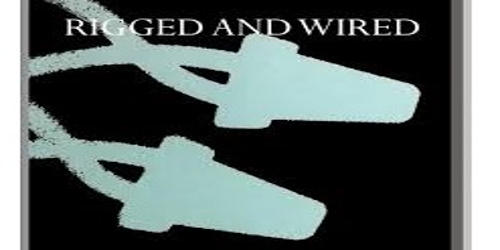 Wired and rigged – a child who had immunity health problems

Wired and rigged – a child who had immunity health problems

Paula looked at all the tubes and all the wires attached to her son’s body. He was just a ten-year-old child but he knew more pain than any adult and spent almost half of those years in hospital surrounded by men in white and women in green, not by his toys and his siblings.

Paula had asked herself repeatedly for ten years why she did not let him go but held on to him, keeping him alive, praying for a medical miracle that would return him to the normal life of a child, one where he could fall, bruise himself and one where he could eat all the childhood goodies. But it was not to be. From the day he was born, he was diagnosed with an immune system that was not immune to the environment.

Any sudden change in the weather would send him into coughing spasms. Any vigorous outdoor activity would leave him gasping for breath and even turning blue. Any childhood treats would result in vomiting and stomach cramps. When he turned one, anything new he ate would bring on the shivers and the lethargy.

Specialists in every discipline of medical science had examined and tested him. They could find really nothing wrong with him. He was as healthy as the next child but his reactions to food and environment were mysterious and unexplainable. Medical specialists were baffled. There were some who made ludicrous theories that his bewildered parents were only too willing to try to alleviate his suffering but all was in vain.

One psychiatrist had the audacity to suggest that it was all in the mind and he suggested the implant of a computer chip in his brain to program his brain to react positively to food and environment. It worked for a good while and his family was deliriously happy at the outcome. However, the effect was short-term and the whole medical routine started all over again when the brain chip failed to register any improvement. Newer and more sophisticated chips were “planted” in his brain but whatever effect was temporary, never ever permanent.

Life was a struggle, life was lonely. He had no friends, even if he had, they had to visit him dressed in sterile attire. In the beginning, these companions found it a thrill but they soon tired of the sterile bacteria-free environment for there were no toys nor games nor fun when they were with Darren. It was an alien world.

Sometimes, in the days when Darren was home, he looked out of the bay windows into the garden. He was no longer envious of them as he looked at and heard them. Although he was cloistered in his air-conditioned, lonely, empty bedroom, he was there with them in spirit.

Then, one day, during one of those hot spells, when a careless maid left a window opened, Darren became seriously ill. He was rushed to the hospital, from where he never was discharged. It was here where he spent his last few days, under the watchful eyes of the doctors and nurses and the tender loving care of his mother.

Paula never left his side and between the mother and the child, there developed a bond that was so special. Even when she had to leave him for a second, it was as though she was still there.

Darren faced his plight with a stoicism that would put many-a-man to shame. He was strong and brave, serene, and peaceful. It was he who comforted his parents when they were down. It was he who gave them courage. From him, they grew to be strong and full of hope. He was their pillar of strength.

On the day that he breathed his last, Darren said, “Thank you, Mum and Dad, for giving me the best years of my life.”

He smiled as he closed his eyes while they put him to rest. He lay, quiet, and peaceful minus all the tubes and wires, as he was and shall always be. He was life’s perfection, complete, and whole.