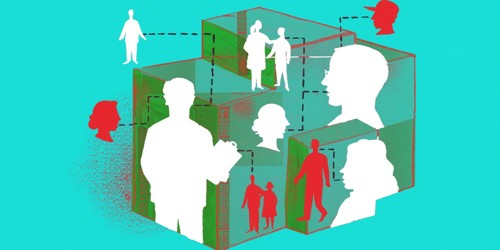 Women are Increasingly becoming Victims of Fashion – an Open Speech

Women are Increasingly becoming Victims of Fashion – an Open Speech

Good afternoon and a warm welcome to the honorable judges, teachers, parents, and dear friends. My topic today is titled Women are increasingly becoming victims of fashion. Before I proceed with my arguments, I would like to thank all those present for allocating time to be here as well as giving me the honor to state my position on this issue.

As many of us readily acknowledge, fashion plays an important role in our daily lives. Fashion relates to designs of clothes, hairstyles as well as accessories such as jewelry, shoes, and others that many see as shaping our personality. A person attending an interview stands a bigger chance of getting the job if he or she is dressed appropriately and fashionably compared to candidates who are dressed sloppily and in an old fashioned manner. Thus, it is important for us as humans to dress well and neatly and keep up with the latest fashion so as not to be branded as ultra-conservative and traditional.

However, having said that, we can become a victim of fashion when we lose control of our personalities. Our fashion sense then dictates our personality which means we have become slaves to fashion! Women are more prone to becoming fashion slaves and as a woman, I can verify that. Many of my female friends compared to male friends are fashion crazy and spend a lot of money buying trendy, designer-brand and fashionable clothing. They always appear to be competing with each other. The poorer ones who cannot afford to spend such huge amounts of cash on clothing and accessories feel left out and eventually alienate themselves.

I am sure the audience here would have noticed how pencil-slim or even anorexic the supermodels who model the latest fashion are. Most of them are actually very young or forced to maintain a skinny look to stay in the job. You would hardly see any curvy or models with a bit of flesh on them – they would immediately lose their jobs! Thus, the designs are getting tighter and women are forced to become thinner so that they are able to parade around with those skimpy clothes! In fact, I have trouble buying clothes from the malls because they are too tight for me and I am not even considered plump by most people. Hence, many young girls and women have fallen victim to fashion and developed medical conditions associated with an obsession with thinness such as anorexia and bulimia. There have been many cases, some fatal, of women consuming slim drugs that are not approved by the medical authorities. Even the late Princess Diana admitted to being a bulimic and famous seventies singer Karen Carpenter had died of anorexia nervous (though they are not considered fat).

It is important for women to feel confident about the way we look. Of course, there are some of us who would want to shed a few pounds because we are overweight. The latter condition can lead to obesity and doctors say you can develop serious medical complications as a result of that. However, the only way we can ensure a fulfilling life is to eat healthily and lead an active life by exercising daily and donate our time and effort to doing good. We should channel our energy into becoming a better person and be less materialistic and obsessed with our looks. After all, life is short!

I hope my talk has given all of you some food for thought. Thank you once again for your kind presence.