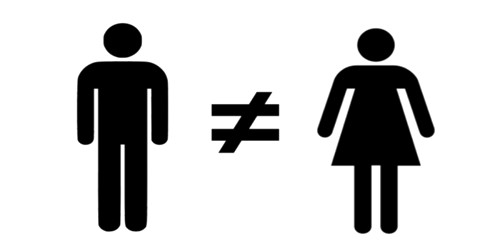 For many centuries, men have been the dominant gender and women have been the minority. The search for equality between men and women is fuelling a never-ending war between genders. The girl in the mirror looks like me, but her eyes don’t look like mine. Mine were innocent and scared, but hers are cold and fearless. She looks stronger than me because of the mental and even the literal destruction she had to face for being a girl in a society where she is born. Women barely had any rights. Their husbands could abuse them and get away with it easily. It is hard to accept that this girl is me, but this is who I need to be now. This is the reality.

I strongly believe that the unequal treatment of women is something that should have stayed in primitive times. If I am not a victim of individual sexual harassment, that doesn’t have to mean that my life as a girl has been all rainbows and unicorns. If I have never been physically abused that doesn’t have to mean that everything is perfect. Just because the obstacles I face are not substantially visible, it doesn’t have to mean that I am not fighting. Because I am! I fight every day at multiple fronts for what I want to be, for what I believe in. A fight that is not ordinary. A fight which is against the norms and limitations set by the society where I am born and at times a fight within me against myself when the thought of giving up comes to my mind. Another part of our resolution is promoting equality in the labor fields; maybe have a long-lasting initiative to promote equality in all labor fields. The screams that are not loud enough to break open my sealed lips. I hail from an environment where education for women is slighted and tends to become a social stigma. Humanity requires both men and women, and we are equally important and need one another. So why are women viewed as less than equal?

“The society didn’t let me grow”, “I wish I wasn’t a girl”, “Gender disparity has ruined my life” and such dialogue is a mainstream murmur and most commonly heard, right? But this is not how I see the gender disparity around me. Unless women and men both say this is unacceptable, things will not change. Would it be weird if I say that the impact it has on me is positive? Would it make me a target if I say that it plays a positive role in my life? Would it make other girls dislike me if I say it’s not necessary that gender disparity ruins lives? Because in my case it has turned out to be a blessing. It makes me want to reach a level where I am comfortable with my identity as a woman. It gives me the strength to be strong yet soft-hearted, to be noble yet fiercely protective and to be athletic yet motherly.  With determination, commitment and strong belief, we can achieve our goal.