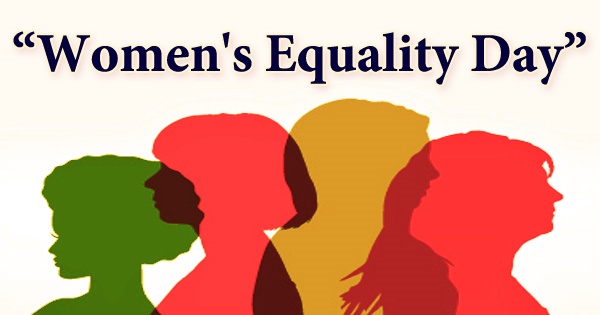 Women have always played an important role in the United States’ success, but with greater access to governing institutions, thanks to national suffrage, generations of women have been able to shape their communities and keep the United States a beacon of freedom and opportunity for the rest of the world. Since its start in 1971, Women’s Equality Day has been held on August 26 in the United States, commemorating American women’s progress toward equality with men. Many organizations, libraries, companies, and other institutions have commemorated the day by holding events and activities honoring women’s journey toward equality. It was initially observed in 1972, was declared by Congress in 1973, and is annually proclaimed by the President of the United States. The Nineteenth Amendment to the United States Constitution, which guaranteed full women suffrage, was ratified 50 years ago on August 26, 1970. On that date, the National Organization for Women (NOW) called for a nationwide “strike for equality” in which women will demonstrate for equal rights. Several activists hanged two 40-foot banners from the Statue of Liberty’s crown, while others used the American Stock Exchange’s ticker to draw attention to the strike. The date was chosen to honor the day in the 1920s when Bainbridge Colby, the Secretary of State at the time, signed the proclamation granting women the constitutional right to vote in the United States. In 1920, the day symbolized the culmination of 72 years of agitation by a massive women’s civil rights movement. Even respectable intellectuals like Rousseau and Kant believed that women’s lower standing in society was totally logical and reasonable prior to movements like these; women were “lovely” and “unfit for serious employment.” Outstanding women have proven these stereotypes wrong over the last century, demonstrating what women are capable of, from Rosa Parks and Eleanor Roosevelt fighting for civil rights and equality to great scientists like Marie Curie, Rosalind Franklin, and Jane Goodall. Given the chance, the last century has demonstrated more than ever what both women and men are capable of doing.

The first formal proclamation of “Women’s Equality Day” was given by President Richard Nixon in 1972 with Proclamation 4147, which established on August 26, 1972, as “Women’s Rights Day.” Women’s equality has evolved to encompass much more than just the ability to vote. Organizations such as Equality Now and Womankind Worldwide continue to struggle to ensure that women everywhere have equal access to education and employment, as well as to combat oppression and violence against women, as well as discrimination and stereotyping. Since Richard Nixon’s proclamation in 1972, every president has designated August 26 as Women’s Equality Day. Women can commemorate Women’s Equality Day in a number of different ways. Paying respect to the outstanding girls who have made a huge difference in the cause is one of the nicest things to do on this anniversary. Spend some time online doing research to learn more about the subject. You can share material with your friends, family, and followers on social media to raise awareness among your entire family. Another way to mark Women’s Equality Day is to register to vote if you haven’t already done so. The finest thing you can do on this occasion is exercised your constitutionally protected right to vote. Local and state elections are held once a year, so make sure your registration is up to date. You can utilize the Vote.Gov website to find out how to register in your particular state. You can also get all the information you need on how to vote. If you’ve relocated to another state since your last vote, you’ll need to keep your voter registration updated. You should also take advantage of this opportunity to double-check that all of your family members have registered to vote. You can share information on social media so that everyone understands how to vote and is urged to do so. Visiting a women’s museum is another excellent way to spend Women’s Equality Day. If you search online, the amount of women’s museums around the world will likely surprise you. After all, women have fought a long battle to be recognized equal, and there are a number of museums dedicated to displaying the history of these campaigns. You can find out whether there are any museums in your neighborhood by doing a fast online search. Some may even be hosting special exhibitions to commemorate the occasion.