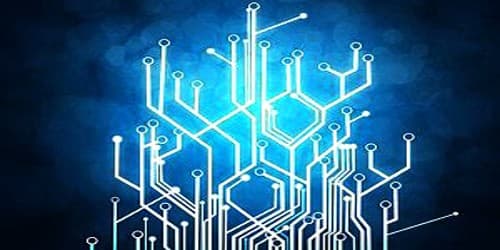 Wonders of The Modern Science

Wonders of The Modern Science

We are living in an age of science. There are many wonders of modern science. Modem science is considered to be a skilled magician because it brings wonderful gifts for us. It has changed the face of the world. It has revolutionized the life of man. Man can now live a longer and more comfortable life because of the progress of science. The wonders or blessings of modern science arc too many to illustrate in a short composition.

Electricity is considered to be the most revolutionary invention of modern science. It is the driving force of all kinds of progress. Life would become totally motionless if electricity had not been invented. Today a country’s development is considered on the basis of its electricity facilities. Modern life cannot be imagined without electricity. Science has done wonders in the field of agriculture. Farmers use scientific tools for cultivation and grow more foods, crops, fruits, etc.

Science has lessened human sufferings. With the advancement of medical science, many lives are being saved. Many incurable diseases are now being cured successfully. In the field of medical service, science has added a lot of inventions. Science has lessened human sufferings as the whole side. In the past, doctors depended on their speculation for diagnosing diseases, but now sophisticated machines are doing these. Biopsy and Ultrasonography, E.C.G, Ultra-violet ray, X-ray, etc are now diagnosing diseases correctly. The invention of penicillin has brought revolutionary success to treat any kind of infection. Some vaccines have eradicated many serious diseases from the earth. It has given eyes to the blind, hearing to the deaf, legs to the lame. It has also found out the new ways of health and life. The blessing of medical science has increased the longevity of man’s life.

Science has created wonders in the field of communication and transportation. Today man can travel from one place to another in an unimaginably short time. Now a man can eat his breakfast in a restaurant in Dhaka and take his lunch at a restaurant in London. Internet and mobile phone have brought radical change in communication. Communication systems are another blessing of science which removed the distance of place. It has made comfort our life and it also saved our time. Now it is possible to communicate with people across the world within seconds. Sophisticated communication and transportation facilities have made the world a global village. Science is the greatest of all conquerors both past and present. It knows no defeat. It has established itself firmly in our hearts.

We cannot think of modern life without science. Science has made man’s life easy, convenient, comfortable, better and more meaningful. Science is always coming out with new inventions and wonders. Sometimes many unexpected events are occurred by science. The incidents of Hiroshima and Nagasaki are still an unexpected moment for us. Dangerous weapons, a hydrogen bomb, atom bomb these are the evil events of science which are occurred destroy in the world. But we must be careful to handle science because science can bring destruction if it is mishandled. That is why it is rightly said that science is a good servant but a bad master.