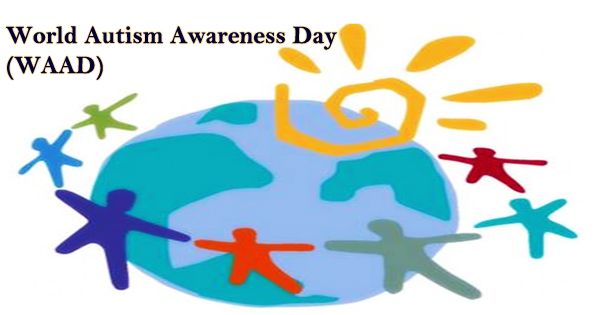 Autism Spectrum Disorder (ASD) or simply called “Autism” is a rare mental disorder that persists for a lifetime with the consequence. Autistic children exhibit unusual psychological behavior and find it difficult to communicate or socialize, have trouble communicating or framing sentences, display repetitive behavior, along with other signs of behavior. World Autism Awareness Day (WAAD) is a globally recognized day every year on 2nd April, urging the United Nations (UN) the Member States to take steps to raise awareness around the world of people with autistic spectrum disorders, including autism and Asperger syndrome. This day is intended to increase people’s understanding of people with autism, particularly children. The day also includes educational programs for students, health care professionals, and parents, as well as exhibits highlighting art produced by autistic children. United Nations General Assembly passed Resolution number 62/139 on 1st November 2007, for declaring 2nd April as the “World Autism Awareness Day”, which was adopted by the council on 18th December 2007. This resolution was passed and adopted by the UN General Assembly without a debate, largely as an alternative to previous UN efforts to strengthen human rights. As of 2019, Autism affects over 20 million people around the world, including children from diverse social backgrounds and from different parts of the globe. What is disturbing is the fact that the number of people affected is growing increasingly and has doubled over the past two decades in some countries. For example, as in 2017, 1.5 percent of children in the United States were diagnosed with ASD, while in 2000, children affected were only 0.7 percent of the total population of children.

Girls and boys of all races and in all geographic regions are affected by autism and it has a great effect on children, their families, communities, and societies. In several countries around the world, the incidence is currently increasing. It challenges health care, education, and training services to care for and educate children and young people with this disease. One in one hundred and sixty children suffer from Autism Spectrum Disorder (ASD), according to a new global survey by the World Health Organization. By the age of three years, the early signs develop during infancy and persist in adulthood, some needing lifelong treatment. Children and adults with Autism Spectrum Disorder go through a lot of psychological turmoil because without treatment and support, they are unable to live normally.  World Autism Day is one of only seven official health-specific UN Days. The day itself brings together individual autism groups all over the world to support those with a developmental path impacted by autism with things such as study, diagnosis, care, and acceptance. When seeking medical treatment, people with autism should never face prejudice. Instead of facing the possibility of forced institutionalization, they would continue to have access to the support services needed to stay in their homes and communities during periods of crisis. For the autistics and their caretakers, parents, special clinics are arranged, where they connect with medical and educational providers as well as social workers to get help for the social-psychological, educational, and emotional development of the autistics.