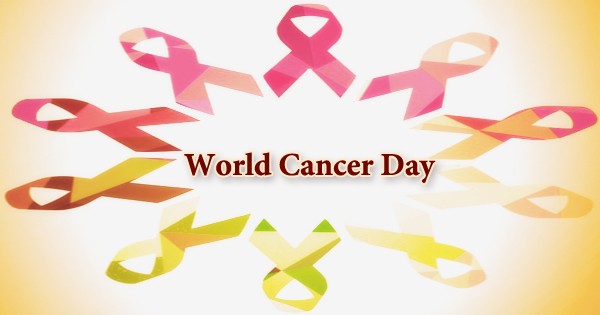 World Cancer Day is an annual event organized by the Union for International Cancer Control (UICC) and held on February each year to mobilize the international community to end the injustice of cancer suffering that is preventable. In general, people suffering from cancer are despised by the general public and act as though they are unaffected. There are a number of other cancer-related social myths, such as the belief that if you touch or reside with someone who has cancer, you will get cancer. On World Cancer Day, individuals, companies, governments, and non-profit organizations join together to educate the public about the various forms of cancer, how to detect them, therapies, and preventative measures. The primary aim of World Cancer Day is to dramatically reduce cancer-related disease and death, as well as to mobilize the international community to end the injustice of cancer-related suffering. The day is observed by the United Nations (UN). Some countries use World Cancer Day to support cancer awareness programs, such as those for breast cancer, lung cancer, skin cancer, and childhood cancer. A lot of attention is paid to risk avoidance and raising awareness. The day is often commemorated in order to dispel certain cancer-related social myths. It is commemorated to raise public awareness of all aspects of cancer, including its signs, causes, care, and so on.

The first World Summit Against Cancer, held in Paris in 2000, inspired World Cancer Day. Leaders of government agencies and cancer organizations from around the world signed the Charter of Paris Against Cancer, a document with ten articles outlining a cooperative global dedication to improving the quality of life of cancer patients and continuing to engage in and advance cancer care, prevention, and treatment. The international cancer association, states, and individuals all over the world commemorate World Cancer Day. More than 900 events are held each year in over 100 countries, with the day itself becoming a trending subject on Twitter. Cities have started to help the day in recent years by lighting up significant landmarks in orange and blue. World Cancer Day is a worldwide commemoration, not a national holiday. According to the study, more than 12.7 million people are diagnosed with cancer per year, and more than 7 million people die from cancer. The day was set aside to begin the annual celebration in order to save millions of lives from cancer and to educate people about how to recognize its symptoms, take preventative steps, and avoid becoming a victim of this epidemic disease. On this day, the World Health Organization (WHO), the UN’s directing and organizing health authority, collaborates with organizations like the International Union Against Cancer (UICC) to encourage ways to reduce the global burden of cancer. The prevention of cancer and improving the quality of life for cancer patients have been recurring themes over the years. People are targeted during the event celebration to inform them about cancer risk factors such as tobacco use, overweight or obesity, low fruit or vegetable consumption, little or no physical activity, alcohol use, sexual transmission of HPV-infection, urban areas air pollution, indoor smoke, genetically risk factors, excessive sun exposure, and so on. People are also made aware of the human papillomavirus and hepatitis B virus vaccine methods.