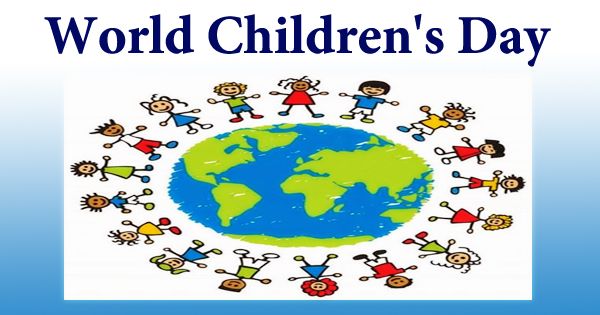 Mothers and fathers, teachers, nurses, and physicians, political officials and civil society advocates, religious and community elders, business leaders and media practitioners, as well as young people and children themselves, can all help to make World Children’s Day meaningful to their families, cultures, and nations. Children have a right to food, health care, education, and protection from exploitation, according to the UN Declaration on the Rights of the Child. The Declaration took the bold step of affirming these rights for all children and making it the international community’s responsibility to prioritize children’s rights in planning. On November 20, 1989, the United Nations adopted the United Nations Convention on the Rights of the Child (UNCRC). It is an international treaty that establishes children’s legal, fiscal, educational, health, and political rights. Many schools and other educational institutions make a concerted effort to educate children about their rights under the UN Declaration of the Rights of the Child and the UN Convention on the Rights of the Child. Teachers encourage students to consider the distinctions between themselves and others and to clarify the concept of “freedom.” Teachers in countries where children’s rights are generally respected may draw attention to situations in other countries where this is not the case. Despite economic and social development in recent decades, children’s welfare has been largely ignored, especially in developing and third-world countries. Their rights are being violated in almost every region, and they are being physically and psychologically abused. UNICEF organizes activities in certain countries to raise awareness of children’s rights. This may include generating worldwide awareness in the media or launching national campaigns, such as on the benefits of immunizations or breastfeeding. Despite the decline in recent years, there are still millions of hungry children around the world. According to a study, half of all children under the age of five suffer from “hidden hunger,” which is described as a lack of essential nutrients. Education is a critical factor in a child’s overall growth. One of the goals of Universal Children’s Day is to improve the educational system under which our children are educated. It’s a complicated system that needs to be updated on a regular basis and constantly monitored. UNICEF is constantly working to improve the educational environment. Universal Children’s Day is more than just a day to celebrate children for who they are; it’s also a day to raise awareness about children who have been victims of violence in the form of bullying, exploitation, and prejudice all over the world. Some countries use children as laborers, while others are engulfed in violent strife, living on the streets, and suffering from inequalities such as religion, minority problems, and disabilities. About 153 million children between the ages of 5 and 14 are currently forced into child labor. In 1999, the International Labour Organization passed a resolution prohibiting and eradicating the worst forms of child labor, such as slavery, child trafficking, and child pornography. On November 20, several nations, including Canada, New Zealand, and the United Kingdom, commemorate the anniversaries of the Declaration of the Rights of the Child and the Convention on the Rights of the Child by holding Universal Children’s Day events. Other nations, however, hold activities on various days, such as the fourth Wednesday in October in Australia and November 14 in the United States (India). In the United States, Universal Children’s Day is not observed, but a similar commemoration, National Child’s Day, is celebrated on the first Sunday in June. World Children’s Day provides each of us with an inspiring starting point for advocating for, promoting, and celebrating children’s rights, which we can then translate into dialogues and actions that will help children live in a better world.