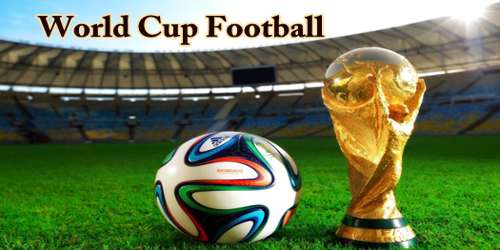 Football is a very favorite and enjoyable game almost in every country of the world. It teaches us discipline and co-operation. It makes us smart and prompt. It is also a kind of physical exercise. Football is a team sport played between two teams of eleven players each. It is a ball game played on a rectangular grass field with a goal at each end. The objective of the game is to score by maneuvering the ball into the opposing goal. The winner is the team which has scored the most goals at the end of the match. The FIFA World Cup, as one of the most prestigious sporting events in the world that come around every four years, is often assumed by potential host countries as highly profitable. Over 190 national teams compete in qualifying tournaments within the scope of continental confederations for a place in the finals. The finals tournament, which is held every four years, now involves 32 national teams competing. Football is not a game for our country. It is a foreign game. It came from England. But it is popular all over the world. The first world cup was organized in Uruguay, 1930. Thirteen nations participated in it for the first time. Uruguay won the World Cup defeating Argentina in the final match. The 1942 and 1946 competitions, which Germany and Brazil sought to host, were canceled due to World War II and its aftermath.

The FIFA World Cup is the most prestigious association football tournament in the world, as well as the most widely viewed and followed sporting event in the world, exceeding even the Olympic Games. The cumulative viewership of all matches of the 2006 World Cup was estimated to be 26.29 billion with an estimated 715.1 million people watching the final match, a ninth of the entire population of the planet. The trophy cup awarded from 1930 to 1970 was the Jules Rimet Trophy, named for the Frenchman who proposed the tournament. This cup was permanently awarded in 1970 to then three-time winner Brazil (1958, 1962, and 1970), and a new trophy called the FIFA World Cup was put up for competition. Unlike Olympic football, World Cup teams are not limited to players of a certain age or amateur status, so the competition serves more nearly as a contest between the world’s best players. Referees are selected from lists that are submitted by all the national associations. The 21 World Cup tournaments have been won by eight different nations. Brazil has won the most titles, five. The current champion is France, who won the title in 2018.