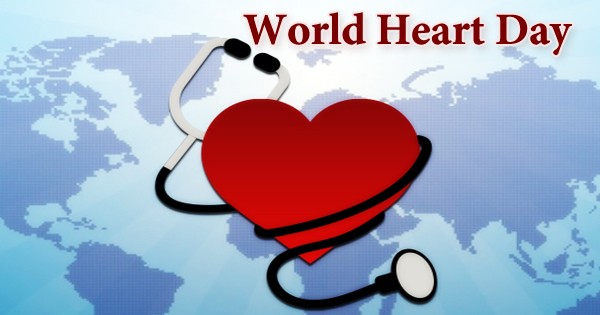 Every year, 17.9 million people die from cardiovascular diseases (CVDs), accounting for 31% of all deaths worldwide. Tobacco use, an unhealthy diet, physical inactivity, and the adverse use of alcohol are the main causes of these diseases, which manifest themselves mainly as heart attacks and strokes. World Heart Day (WHD) is an annual campaign organized by the World Heart Foundation on September 29 to raise awareness about cardiovascular diseases, which are the leading cause of death. The day urges people to take preventative steps to lower their risk of heart disease and stroke. World Heart Day is a global observance but it is not a public holiday. The public’s active engagement in the World Health Day initiative will help to address heat-related issues and deaths. Various public and private organizations, as well as NGOs, are working to raise concerns about CVD (cardiovascular disease, the world’s leading cause of death). World Heart Day was founded in 1999 by the World Heart Federation (WHF) in collaboration with the World Health Organization (WHO). Antoni Bayés de Luna, WHF’s president from 1997 to 1999, invented the concept for this annual gathering. World Heart Day was first celebrated on the last Sunday in September (until 2011), with the first commemoration taking place on September 24, 2000. World Heart Day is commemorated and promoted by governments and non-governmental organizations through activities such as fun runs, public talks, concerts, and sporting events. The World Heart Federation organizes activities in over 100 countries to raise awareness about heart disease. They include:

People, governments, and societies all over the world celebrated World Heart Day by raising awareness about heart health and the activities that contribute to it. Hospitals all over the world voluntarily arranged a variety of heart screenings. People were taught how to keep their hearts healthy by exercising regularly and consuming balanced foods. Doctors from all over the world posted advice about how to keep their hearts safe and pumping on social media. Marches and marathons were also held in a variety of locations. World Heart Day was established to raise awareness of the fact that heart disease and stroke are the leading causes of death worldwide. The World Heart Federation, in collaboration with organizations such as WHO, is spreading the message that controlling the key risk factors of tobacco, unhealthy diet, and physical inactivity will prevent at least 80% of premature deaths from heart disease and stroke. World Heart Day was founded in 1999 and is celebrated annually on the last Sunday in September. WHO’s Global Hearts Initiative offers three technological packages to help policymakers around the world scale up initiatives on CVD prevention and regulation: MPOWER for tobacco control, SHAKE for salt reduction, and HEARTS for improving CVD management in primary health care. The Global Hearts Initiative was launched in September 2016 and has since been implemented in a variety of countries. Health professionals in such settings are being trained to help provide proven and affordable interventions to protect patients from CVDs and to support them in recovering from a heart attack or stroke. Unhealthy habits have become more common in modern society. Working on the computer for long periods of time, eating junk food, and sleeping late are all normal occurrences nowadays. Physical inactivity exacerbates an unhealthy lifestyle. The coronavirus outbreak has contributed to the already high levels of work pressure. Many of these factors contribute to high blood pressure, high blood glucose, overweight, and obesity, all of which increase the risk of cardiovascular disease. World Heart Day, coordinated by the World Health Federation, educates people about cardiovascular diseases and inspires them to live a healthier lifestyle. Runs, marches, concerts, fund-raising and sporting events, free health checks, and other initiatives that benefit public health and general health awareness are also organized in conjunction with World Heart Day. In addition, on or near World Heart Day, scientific meetings and conferences of international cardiovascular research organizations and medical societies are held (WHD). Every year, to raise awareness, a specific theme (related to the topic) is chosen for the World Heart Day (WHD) celebration.