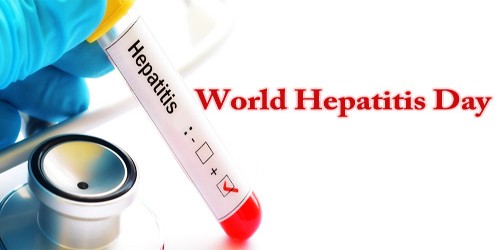 Every year on 28th July ‘World Hepatitis Day’ was observed; it is an opportunity to step up national and international efforts on hepatitis, promote action and participation by individuals, partners, and the public and highlight the need for a greater global response as illustrated in 2017 WHO Global Hepatitis Report. The goal of the day is to raise global hepatitis awareness of a group of infectious diseases known as hepatitis A, B, C, D, and E and to promote prevention, diagnosis, and treatment. 290 million people worldwide are unwittingly infected with viral hepatitis. Without finding the undiagnosed and linking them to worry, millions will still suffer, and lives are lost. The date of 28th July was chosen because it’s the birthday of Nobel-prize winning scientist Dr. Baruch Blumberg, who discovered the hepatitis B virus (HBV) and developed a diagnostic test and vaccine for the virus. Hepatitis affects many innumerable people worldwide, causing acute and chronic disease and killing near 1.34 million people each year. Hepatitis causes liver diseases and may also kill an individual. Organizations like the United Nations (UN ) and the World Hepatitis Alliance partner with individuals and community organizations to support hepatitis awareness-raising efforts around the world. World Hepatitis Day information is typically circulated via social media, magazines, posters, and the World Health Organization (WHO) web site.