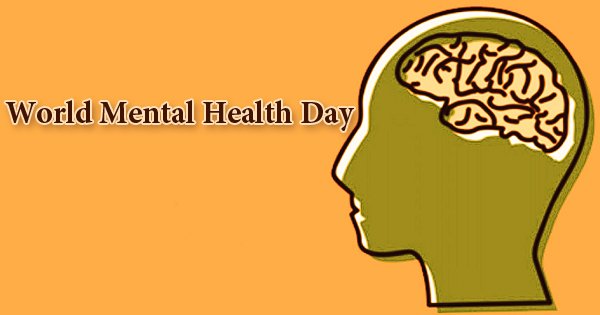 World Mental Health Day is celebrated by local, regional, and national World Mental Health Day commemorative activities and services on October 10 in more than 100 countries. For all those focused on mental health issues, The Day offers an opportunity to speak about their efforts and what more needs to be done to make mental health services a priority for people around the world. It is an international day for education, understanding, and activism for global mental health against social stigma. It was first celebrated in 1992 at the initiative of the World Federation for Mental Health (WFMH) with representatives and contacts in more than 150 nations, a global association for mental health. Activities in this day include:

The day had no clear theme at the beginning. Its goals were to encourage mental health advocacy in general and to educate the public on related issues. Much like our physical wellbeing, our mental health is: everyone has it and we need to take care of it. In any given year, mental health disorders impact about one in four individuals. They range from common issues such as anxiety and depression to more rare disorders such as schizophrenia and bipolar disorder. Thousands of supporters come to celebrate this annual awareness campaign this day, every October, to draw attention to mental illness and its significant impacts on the lives of people worldwide. World Mental Health Day is an initiative of the World Federation for Mental Health (WFMH). The event is sponsored by the World Health Organization (WHO), which is the UN Health Guiding and Organizing Authority. Another group that is proactive in supporting World Mental Health Day is the Mental Health Foundation.

WFMH board members have been active in arranging activities in many countries. On October 10, 1992, at the behest of Deputy Secretary-General Richard Hunter, World Mental Health Day was celebrated for the first time. The day had no clear focus until 1994, other than the general promotion of mental health advocacy and public education. In 1995, a wide variety of international activities from around the world were reported to the WFMH Secretariat, ranging from a month-long series of events in Egypt to a conference organized at the Ministry of Health by the French Federation for Mental Health, to a community festival in the tiny Pacific Micronesian Islands. Around 450 million or one out of every four individuals around the world would experience a mental illness that would benefit from diagnosis and treatment, affecting nearly 12 percent of the world’s population. Mental health is defined, according to the WHO, as a state of well-being in which individuals understand their own ability, can deal with normal life pressures, can function productively, and can contribute to their society. WHO supports World Mental Health Day by raising awareness of mental health issues through its strong partnerships with ministries of health and organizations of civil society around the world. WHO promotes the production of technological and communication materials as well. In many nations, particularly low- and middle-income countries, mental health services lack human and financial resources. In order to increase people’s understanding of the issue, more money is required to support mental health.