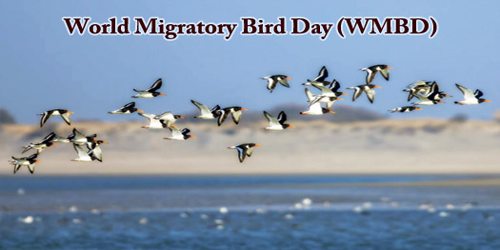 World Migratory Bird Day (WMBD) is an annual awareness-raising campaign highlighting the need for the conservation of migratory birds and their habitats. It has a global outreach and is an effective tool to help raise global awareness of the threats faced by migratory birds, their ecological importance, and the need for international cooperation to conserve them. “World Migratory Bird Day” is a two-day event annually held on the second weekend of May to highlight the need to protect migratory birds and their habitats. The United Nations (UN) is one of the many organizations that support this global awareness campaign. At least 4,000 different species of birds migrate, which adds up to about 40% of the entire avian population. And they all do it in pursuit of food. Twice every year, these birds will fly to warmer climates for the winters, and then return home to breed. Every year people around the world take action and organize public events such as bird festivals, education programs, exhibitions, and bird-watching excursions to celebrate WMBD. All these activities can also be undertaken at any time in the year because that countries or regions observing the peak of migrations at different times, but the main days for the international celebrations on the second Saturday in May and in October.

World Migratory Bird Day (WMBD) is an official UN-supported event and not a public holiday. This day activities take place in many different countries and places across the globe united by a common campaign and theme. Although the event is usually on the second weekend of May, the first World Migratory Bird Day was launched on the weekend of April 8–9, 2006. The event was created to help turn the world’s attention to the wonders of bird migration and the need for their conservation. Each year, the total number of registered World Migratory Bird Day events has steadily increased along with the number of countries in which these events occurred.