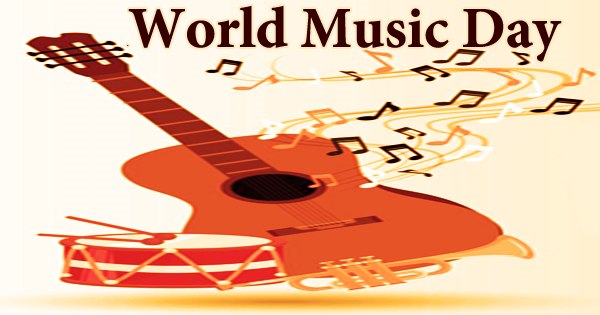 Every year on June 21st, World Music Day or Make Music Day, also known in English as Music Day, is commemorated in over 120 countries, including its birthplace of France, where it is known as ‘Fête de la Musique,’ or “music festival,” to honor both amateur and professional musicians. Citizens of a city or country are permitted and encouraged to perform music outside in their neighborhoods, public areas, and parks on Music Day. Free concerts are also held, where musicians perform for the joy of it rather than for a fee. In the 1970s, American musician Joel Cohen, who was then working for a French radio station, came up with the idea of having musicians perform on the evening of June 21 to celebrate the start of summer. Due to the efforts of Minister of Culture Jack Lang and French composer and music journalist Maurice Fleuret, who had joined the ministry the previous year, it was finally accepted by France’s Ministry of Culture in 1982. The day started in France and has since extended to countries such as Belgium, the United Kingdom, Costa Rica, Israel, China, India, Lebanon, Morocco, Pakistan, the Philippines, Romania, and others. In 2007, New York City had its inaugural event. The European Year of Music was declared in 1985, and the European Party of Music charter was signed in Budapest in 1997, urging countries outside of Europe to participate in the yearly World Music Day celebrations. The nicest part about celebrating World Music Day is that it is absolutely free. People can participate for free and bring the whole family along, no matter what style of music they enjoy. It’s the ideal time to learn a new instrument or listen to songs they wouldn’t ordinarily include on their playlist. Every type of musician can celebrate World Music Day with friends, family, and even strangers, whether they are young, elderly, new, or seasoned professionals. The Fête de la Musique’s purpose is to promote music in two ways:

According to France’s Ministry of Culture, the Fête de la Musique has evolved into a “event that mobilizes musicians from all over the world for the delight of audiences from more than 120 countries, beginning with European countries.” Several concerts featuring amateur and professional musicians are held throughout the country, attracting millions of people. Despite widespread popular acceptance of amateur musicians performing music in public places after normal business hours, noise limits still apply, and some businesses may be prohibited from remaining open and broadcasting music without prior clearance. This means that police prefectures in France can still prohibit people, groups, or businesses from installing music equipment on the street. It makes no difference how good you are at making music; everyone can do it. This day can be used by even the most tone-deaf folks to sing their hearts out and appreciate the beauty and power of music. Music is not only a great way to express yourself, but it may also be beneficial to your health. A song might bring back a joyful memory or make you feel energized when you listen to it. According to studies, listening to music has a variety of benefits for your health and emotional well-being. It can improve your exercise performance while also providing a great deal of comfort. Exercise has also been shown to lower anxiety, and listening to soothing music might help you relax. Fête de la musique attracts people from over 130 nations and over 1,000 cities throughout the world. There are 82 cities in the United States alone that are taking part. The purpose of Make Music Day, or Fête de la Musique, is to present hundreds of free concerts throughout the day. Live music and opportunities for interactive music creating abound in public spaces.