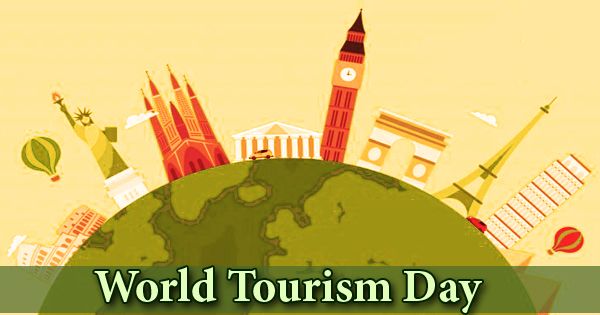 Each year, on September 27, “World Tourism Day” is celebrated to raise awareness of the importance of tourism and its impact on our society. The goal of the day is to raise awareness of the importance of tourism and its social, educational, political, and economic values among the international community. The United Nations World Tourism Organization (UNWTO) has been celebrating World Tourism Day on September 27 as an international festival since 1980. This date was chosen because the statutes of the UNWTO (The United Nations’ World Tourism Organization) were adopted on that day in 1970. The adoption of these laws is regarded as a landmark for global tourism. The day is also celebrated to raise awareness of the global challenges outlined in the 2030 Sustainable Development Agenda and to underline the efforts that can be made by the tourism industry to achieve the objectives of sustainable development. This day aims to raise awareness of the role of tourism in the international community and to display how it affects worldwide social, cultural, political, and economic values. The theme of the day was “sustainable tourism”, in 2017. In 2018 the theme was “Tourism and the Digital Transformation”. In 2019 the theme was “Tourism and Jobs: a better future for all” and in 2020 the theme was: “Tourism and Rural Development”. To mark the occasion, the UNWTO Secretary-General annually sends out a letter to the general public. The festival is celebrated with numerous special activities and celebrations by several tourism companies and associations, as well as government entities with a special interest in tourism. In order to become one of the fastest-growing economic sectors in the world, tourism has undergone continued growth and deeper diversification. Modern tourism is closely connected with growth and involves more new tourist destinations. Such trends have made tourism a crucial driver of socio-economic growth. Tourism has been one of the biggest players in foreign trade and is one of the main sources of revenue for many developing countries at the same time.

The World Tourism Day is an observance of the United Nations and is not a public holiday. The COVID-19 (Coronavirus) pandemic has placed tourism among the hardest hit of all industries. There has been no nation untouched. Travel restrictions and a sudden decrease in consumer demand have led to an unprecedented drop in the number of foreign visitors, resulting in economic declines and the loss of jobs. The tourism crisis is also a challenge to projects for the conservation of biodiversity and the preservation of the cultural heritage of the world. The sharp decline in tourism receipts has cut off support for the protection of biodiversity. With livelihoods at risk in and around protected areas, it is predicted that cases of poaching and looting will increase. With 90% of the World Heritage Sites closed as a consequence of the pandemic, the cultural heritage of humanity is at risk in all parts of the world. The UNWTO agreed to institute World Tourism Day in late September 1979, which was first celebrated on September 27, 1980. As that date coincided with a significant landmark in world tourism, September 27 was chosen as the date for World Tourism Day: the anniversary of the adoption of the UNWTO Statutes on September 27, 1970. On World Tourism Day, different forms of competitions are held, such as photo competitions supporting tourism, as well as tourism award presentations in areas such as ecotourism. Other events include free access to any tourist place of interest, discounts, or special offers for the general public. As tourism business officials, government and community leaders may make public announcements or give special tours or fares to promote both their region and World Tourism Day on or around September 27. Ultimately, tourism will help us move beyond the pandemic by bringing people together and fostering the necessary ingredients of unity and confidence in advancing global cooperation that is so desperately needed at this moment.