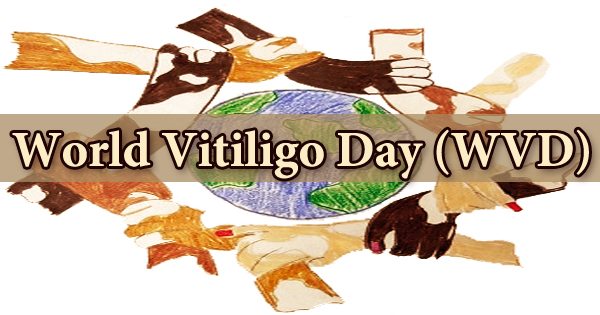 Every year on June 25th, World Vitiligo Day is commemorated to promote awareness for vitiligo, a disfiguring inflammatory illness that causes white spots on the skin. It’s a campaign to raise awareness about vitiligo around the world. Vitiligo is a loss of color in the skin that causes a variety of patterns on the skin. It affects 1-2 percent of the world’s population. The 25th of June was chosen in honor of Michael Jackson, who died on that day in 2009 after suffering from vitiligo. Every year, World Vitiligo Day grows in popularity, with vitiligo patients, their families, and doctors attempting to increase awareness about the disease, collect funds for research, provide free skin checks, and educate physicians on how to best care for vitiligo patients. Vitiligo is frequently referred to as an illness rather than a disorder, which can have a substantial negative social and/or psychological impact on sufferers, in part due to widespread misconceptions in many parts of the world. Its main objective is to raise awareness, educate others, and highlight some of the issues we often experience, such as feelings of isolation and the social repercussions vitiligo can have on us. It is officially observed on June 25th. Many people see it as a time to celebrate their skin in addition to the fundamental goals, which is fantastic. Steve Haragadon, the originator of the Vitiligo Friends network, conceived the idea for a World Vitiligo Day, which was later refined and formalized by Ogo Maduewesi, a Nigerian vitiligo patient and the founder and Executive Director of the Vitiligo Support and Awareness Foundation (VITSAF). In her words, “World Vitiligo Day is a day to create extensive awareness on vitiligo and a day dedicated to all living with vitiligo globally”. Vitiligo awareness is crucial for a variety of reasons. Many people don’t understand the disease and are afraid it’s infectious or contagious, which leads to stares and other strange and disrespectful behaviors toward folks who have vitiligo. Having such a prominent sickness can make it difficult or impossible to marry in some societies.

In 2011, the first World Vitiligo Day was organized, and it has since grown into an annual global event. The campaign arose from the commitment of non-profit organizations VR Foundation (USA) and VITSAF (Nigeria), as well as their supporters around the world, to bring this “forgotten” disease to the public’s attention and shed light on the issues encountered by vitiligo patients. Its mission has evolved through time, from spreading awareness of vitiligo to recognizing the bullying, social neglect, psychological anguish, and impairment that millions of people with vitiligo face. The date of June 25 was chosen as World Vitiligo Day as a tribute to Michael Jackson, a musical artist who suffered with vitiligo from the early 1980s until his death on June 25, 2009. The main event of the first World Vitiligo Day took place at Silverbird Galleria’s Artrum in Lagos, Nigeria, with the participation of several volunteers with various backgrounds (dermatologists, motivational speakers, dancers, artists, comedians, and patients), all united by a common desire to spread vitiligo awareness. Other gatherings, organized by local organizations, took place in other parts of the world at the same time. Importantly, vitiligo research is vital for determining the cause, developing novel therapies, and eventually finding a cure. Funding for vitiligo research, and any research for that matter, is becoming increasingly difficult to come by, and we hope that raising public awareness would encourage individual philanthropists to donate, as well as help federal and other funding bodies prioritize the condition. The World Vitiligo Day celebration is usually filled with events organized by groups and activists to raise awareness about the skin condition, how to treat it, and how individuals can live with Vitiligo. This year’s commemoration of Globe AIDS Day will almost certainly be digital, as the world continues to grapple with the spread of COVID-19. With a variety of internet activities aimed at making information on Vitiligo more accessible to the general public and encouraging researchers to discover better treatments for the disorder. The Vitiligo Research Foundation is leading a campaign to collect 500,000 signatures on a petition to get Vitiligo Day recognized by the United Nations.