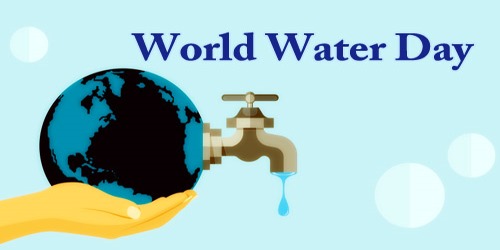 World Water Day, held on 22nd March every year since 1993, focuses on the importance of freshwater. World Water Day celebrates water and raises awareness of the 2.2 billion people living without access to safe water. It is about taking action to tackle the global water crisis. A core focus of World Water Day is to support the achievement of Sustainable Development Goal 6: water and sanitation for all by 2030. The day is used to advocate for the sustainable management of freshwater resources. The UN World Water Development Report (WWDR) is released each year around World Water Day. It’s a day to make a difference for the members of the global population who suffer from water-related issues. It’s a day to prepare for how we manage water in the future. World Water Day is celebrated around the world with a variety of events. These can be theatrical, musical, or lobbying in nature. The day can also include campaigns to raise money for water projects. The first World Water Day, designated by the United Nations (UN), was in 1993.

The idea for this international day goes back to 1992, the year in which the United Nations Conference on Environment and Development in Rio de Janeiro took place. That same year, the United Nations General Assembly adopted a resolution by which 22 March of each year was declared World Day for Water, to be observed starting in 1993. Later on, other celebrations and events were added. For instance, the International Year of Cooperation in the Water Sphere 2013, and the current International Decade for Action on Water for Sustainable Development, 2018-2028. These observances serve to reaffirm that water and sanitation measures are key to poverty reduction, economic growth, and environmental sustainability. Non-governmental organizations active in the WASH sector, such as UNICEF, WaterAid and Water and Sanitation for the Urban Poor (WSUP), use the day to raise public awareness, get media attention for water issues and inspire action. Activities have included releasing publications and films, as well as organizing round tables, seminars, and expositions. End Water Poverty, a global civil society coalition with 250 partner organizations, sponsors Water Action Month each year and offers an event-planning guidebook. The UN World Water Development Report (WWDR) is released each year on World Water Day. Information related to the annual theme gives decision-makers tools to implement sustainable use of water resources. Every year, “World Water Day” campaign messages and publications reach millions of people through social media, dedicated websites, and other channels. In 2017, 700 individual events were held in 110 countries and there were over 500,000 authors on social media using the hashtag ‘#WorldWaterDay’. In 2018, there was a 25% increase in both the number of website visits and the maximum potential reach on social media largely due to celebrity support and a coordinated communications approach across the United Nations. In 2016, the UN-Water annual report stated that social media engagement (hashtag #WorldWaterDay) had a maximum potential reach of 1.6 billion people worldwide in 2016. Over 500 events in 1000 countries were registered on the World Water Day website that year.