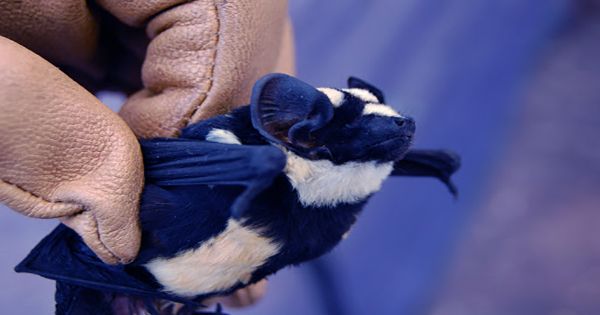 sIt’s a huge old world out there, and while humans have made impressive progress across its bottoms, there are creatures where science is still not unknown. This knowledge ignites a common dream among some scientists; everyone wants to identify them by introducing a new species to the world. The dream was given to a team of scientists working with Bat Conservation International, who named a brand new bat in a new study published in the Journal of the American Museum Novitates and found it to be a (vague) peach.

In 2018, a team of scientists from Bat Conservation International and Maroua University in Cameroon began surveying the Nimba Mountains in Guinea in West Africa, exploring the natural caves of bats. The survey also surveyed mining tunnels built in the 70s and 80s and presents hot properties for bat shaking.

The aim of this study was to draw a clear picture of which bat species are using which habitat and how their roasting behavior changes throughout the year. Critically endangered Lamotte’s roundleaf bat, Hipposideros lamottei is an occupant of hill real estate. These bats are only found in the Nimba Mountains, so getting a better idea of ​​their annual activity may inform a better conservation approach for this unstable population.

H.While searching for lamottei (academically speaking), the team found an animal that they did not see like a bat. Realizing they had stumbled upon something new, they phoned the curator of the American Museum of Natural History and a member of the International Board of Bat Conservation to see what he had created.

“As soon as I looked at it, I agreed that it was something new,” Simmons said in a statement. “Then comes the long journey of documentation and the collection of all the data needed to prove that this is not true compared to any other known species.”

Bats’ voices, genetic material, and morphological analyzes have returned to what they had hoped for: a science that has not yet been recorded. The group named the ginger floating Myotis nimbaensis, translating it from “Nimba “in recognition of the mountainous region it was found in.

“In an age of extinction, a discovery like this shows a glimmer of hope,” said Winifred Frick, chief scientist at Bat Conservation International and associate research professor at the University of California, Santa Cruz, in a statement. “It’s a spectacular animal. It has this bright orange fur, and it was so unique that it made us realize before that it was never described before. Discovering a new mammal is very rare since I was a child.”