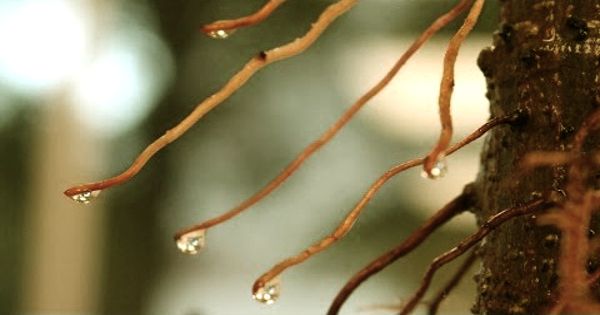 Aerial roots – roots above the ground

Aerial roots are roots above the ground. They are roots that grow on the above-ground parts of a plant. They are almost always adventitious. Aerial roots on woody vines function as anchors, affixing the plant to supporting structures such as trellises, rocks, and walls. These are roots that are fully or partially exposed to the air. For example, some orchids have aerial roots that grow from their stems and absorb water directly from the air. The Orchidaceae is perhaps the largest family of flowering plants today and includes perennial herbs, with many forms containing aerial roots.

The aerial root is a type of root wherein it grows from the stem of the plant, i.e. above the ground.

Aerial roots are roots that develop from a location on a plant above the surface of the earth or water, as from a stem. Some types of aerial roots also absorb moisture and nutrients, just like underground roots. It is a type of root wherein it grows from the stem of the plant, i.e. above the ground. They are found in diverse plant species, including epiphytes such as orchids (Orchidaceae), tropical coastal swamp trees such as mangroves, banyan figs (Ficus subg. Urostigma), the warm-temperate rainforest rata (Metrosideros robusta), and pohutukawa trees of New Zealand (M. excelsa). This is exemplified by the roots of the epiphytes (e.g. orchids). Vines such as Common Ivy (Hedera helix) and poison ivy (Toxicodendron radicans) also have aerial roots. 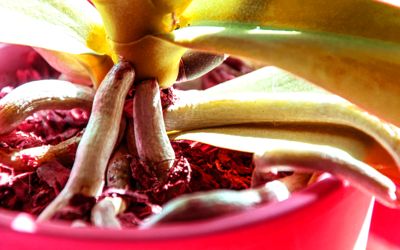 Generally, aerial roots will form on a succulent that isn’t getting enough water and often when it’s in a humid environment. Succulents absorb water through their roots from the surrounding air. If you unpot your succulents and notice their roots have turned dark brown or black, it indicates that your plant has developed infected roots. As a result, you need to treat it immediately, or else your plant will die.

There are different types of aerial roots. These are stranglers’ roots, pneumatophores, haustorial roots, and propagative roots.