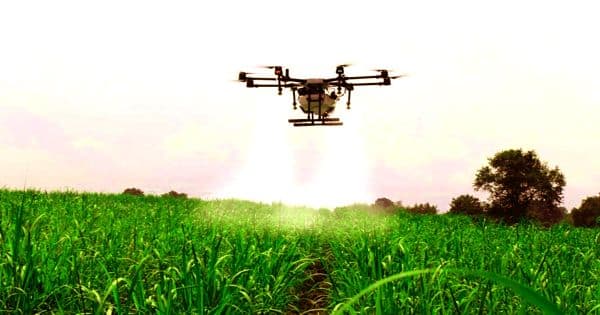 Aerial seeding is a technique of plantation in which seed balls – seeds covered with a mixture of clay, compost, and other components – are sprayed on the ground using aerial devices. It is a technique of sowing seeds by spraying them through aerial mechanical means such as a drone, plane, or helicopter. This can be done with the help of drones, helicopters, and planes. Usually, the planes are low flying and disperse the seed balls across a targeted area.

“Aerial Seeding is a technique of sowing seeds by spraying them through aerial mechanical means such as a drone, plane, or helicopter.”

Aerial seeding is considered a broadcast method of seeding. It has much higher success in areas with good soil moisture and frequent precipitation in late summer or early fall. It is often used to spread different grasses and legumes to large areas of land that are in need of vegetative cover after fires. Usually, this kind of technology proves to be beneficial, especially in the areas that have slopes and are inaccessible, fragmented, or have no routes. Large wildfires can destroy large areas of plant life resulting in erosion hazards.

Aerial seeding may quickly and effectively reduce erosion hazards and suppress the growth of invasive plant species. It is a technique of plantation wherein seed balls – seeds covered with a mixture of clay, compost, char, and other components – are sprayed on the ground using aerial devices, including planes, helicopters, or drones. Aerial seeding is an alternative to other seeding methods where the terrain is extremely rocky or at high elevations or otherwise inaccessible. 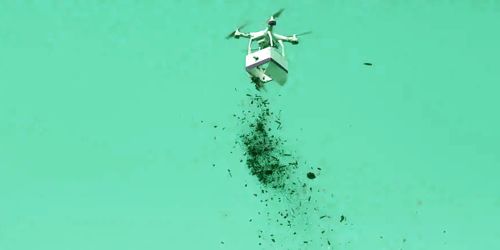 The major advantage of aerial seeding is the efficient coverage of a large area in the least amount of time. The aerial application also allows seeding to be done when it is physically impossible to use ground equipment, such as when crops are present, or the soil is too wet for regular equipment. Aerial seeding facilitates seeding in areas that otherwise would be impossible to seed with traditional methods, such as land that is too hard to reach by non-aircraft or ground conditions being far too wet. Furthermore, one of the advantages this kind of plantation has is that it requires no attention after seed balls are dispersed on the ground.

Aerial seeding may be used when existing crops are already planted. This is especially important in areas where there is a very small window of opportunity between crop harvest and the end of the growing season. This is important when living in an area where there is a small window between harvesting the crop and the end of the growing season because seeding cover crops after harvest can cause poor stand establishment due to cold temperatures or moisture. It is always riskier than drilling or incorporation the seeds, so it’s important to have the right soil surface and weather conditions at seeding time.