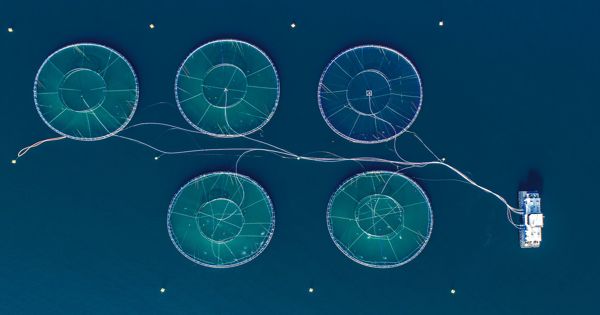 Aquaculture is breeding, raising, and harvesting fish, shellfish, and aquatic plants. It also is known as aquafarming, is the farming of fish, crustaceans, molluscs, aquatic plants, algae, and other organisms. The aim of Aquaculture is to publish and make available the highest quality international scientific contributions to aquaculture. It involves cultivating freshwater and saltwater populations under controlled conditions and can be contrasted with commercial fishing, which is the harvesting of wild fish. Mariculture refers to aquaculture practiced in marine environments and in underwater habitats. It is the fastest-growing food-producing sector in the world, contributing one-third of global food fish production.

Aquaculture involves cultivating freshwater and saltwater populations under controlled conditions and can be contrasted with commercial fishing, which is the harvesting of wild fish.

Aquaculture is a method used to produce food and other commercial products, restore habitat and replenish wild stocks, and rebuild populations of threatened and endangered species. According to the Food and Agriculture Organization (FAO), aquaculture “is understood to mean the farming of aquatic organisms including fish, mollusks, crustaceans and aquatic plants. Systems of cultivation include water-based methods, for example, cages and pens, land-based methods, including rain-fed ponds, and irrigated systems such as tanks. Farming implies some form of intervention in the rearing process to enhance production, such as regular stocking, feeding, protection from predators, etc. The scope of Aquaculture includes the traditional priorities of its sections but also includes papers from non-traditional scientific areas such as sustainability science, social-ecological systems, ornamental, conservation, and restoration related to aquaculture. 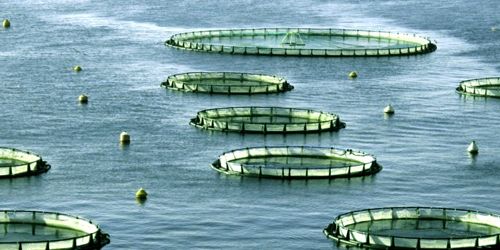 Aquaculture can be described as the breeding and harvesting of aquatic organisms, both marine, and freshwater. Farming also implies individual or corporate ownership of the stock being cultivated.” The reported output from global aquaculture operations in 2014 supplied over one half of the fish and shellfish that is directly consumed by humans; however, there are issues about the reliability of the reported figures. The sector includes over 200 species of fish located within freshwater, brackish and marine water environments.