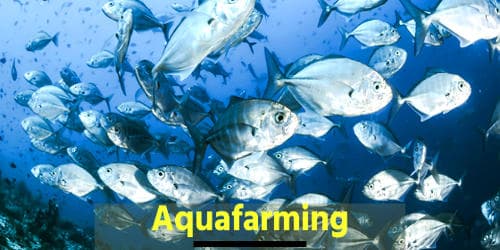 Aquafarming is the controlled process of cultivating aquatic organisms, especially for human consumption. Aquafarming also is known as aquaculture, is the farming of fish, crustaceans, mollusks, aquatic plants, algae, and other organisms. It’s a similar concept to agriculture, but with fish instead of plants or livestock. It is the breeding, rearing, and harvesting of fish, shellfish, algae, and other organisms in all types of water environments. Aquaculture involves cultivating freshwater and saltwater populations under controlled conditions and can be contrasted with commercial fishing, which is the harvesting of wild fish. Mariculture refers to aquaculture practiced in marine environments and in underwater habitats. Aquaculture is a method used to produce food and other commercial products, restore habitat and replenish wild stocks, and rebuild populations of threatened and endangered species.

The aim of Aquafarming is to publish and make available the highest quality international scientific contributions to aquaculture. According to the Food and Agriculture Organization (FAO), aquaculture “is understood to mean the farming of aquatic organisms including fish, molluscs, crustaceans and aquatic plants. Farming implies some form of intervention in the rearing process to enhance production, such as regular stocking, feeding, protection from predators, etc. About 580 aquatic species are currently farmed all over the world, representing a wealth of genetic diversity both within and among species. 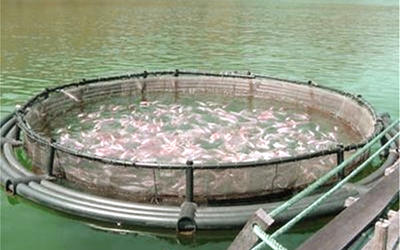 Aquaculture is also referred to as fish farming. The seafood that you find at your local grocery store is likely labeled as farmed fish. Farming also implies individual or corporate ownership of the stock being cultivated.” Further, in current aquaculture practice, products from several pounds of wild fish are used to produce one pound of a piscivorous fish like salmon. Eating fish is part of the cultural tradition of many people and in terms of health benefits, it has an excellent nutritional profile. It is a good source of protein, fatty acids, vitamins, minerals, and essential micronutrients.

Aquafarming or Aquaculture can happen all over the world, and it does: in coastal ocean waters, freshwater ponds and rivers, and even on land in tanks. Particular kinds of aquaculture include fish farming, shrimp farming, oyster farming, mariculture, algaculture (such as seaweed farming), and the cultivation of ornamental fish. Aquaculture has the potential to improve the health of our planet and the health of our population, as long as it is done in a manner that is environmentally friendly, socially responsible, and considers food safety and animal welfare. Particular methods include aquaponics and integrated multi-trophic aquaculture, both of which integrate fish farming and aquatic plant farming.