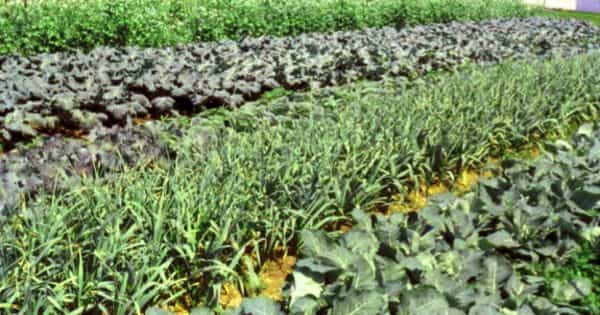 Biointensive is a method of growing as much organic food as possible in the smallest amount of space. Biointensive agriculture is a kind of organic farming rooted in maintaining soil fertility/ living soil. It is an organic agricultural system that focuses on achieving maximum yields from a minimum area of land, while simultaneously increasing biodiversity and sustaining the fertility of the soil. It employs crop rotation and intensive planting to maximize harvest levels while protecting natural soil health and the local environment. It works with the basic elements needed for healthy crops and growth, which is the sun, soil, air, and water, to achieve maximum yields, while at the same time increasing biodiversity and the fertility of the soil.

“Biointensive agriculture is an organic agricultural system that focuses on achieving maximum yields from a minimum area of land, while simultaneously increasing biodiversity and sustaining the fertility of the soil.”

The goal of the method is long term sustainability on a closed system basis. It is a sustainable organic farming system based on working with the basic elements needed for life – soil, water, air, and sun – to achieve maximum yields while increasing biodiversity and soil fertility. This system also aims to use less water and energy than traditional gardening methods, while sustaining and even building soil that’s healthy, vigorous, and alive with many different kinds of microorganisms. It is particularly effective for backyard gardeners and smallholder farmers in developing countries, and also has been used successfully on small-scale commercial farms. The method was designed to provide food security for those who practice it, while continually building and developing the soil and conserving natural resources. 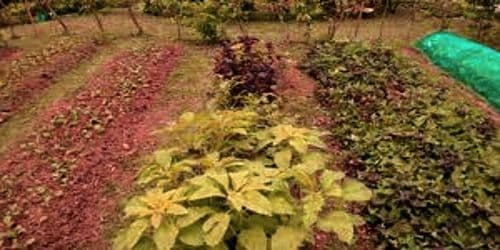 This form of farming is suitable for small-scale farmers because it enables them to harvest great amounts of produce from a limited amount of land with minimal financial input. The method draws upon a variety of intensive agricultural methods practiced thousands of years ago in China, Greece, and Latin America, as well as French intensive techniques practiced in the 1700’s and 1800’s, and Biodynamic techniques developed in Europe in the early 1920s. It is an organic system of agriculture, where farmers focus on achieving the maximum yields, from the existing limited pieces of land, while at the same time, increasing biodiversity as well as maintaining sustainability and fertility of the soil.

Important aspects of Biointensive agriculture include: