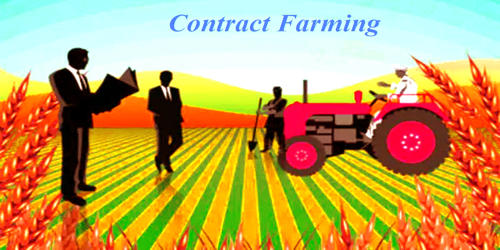 Contract farming can be defined as agricultural production carried out according to an agreement between a buyer and farmers, which establishes conditions for the production and marketing of a farm product or products. It involves agricultural production being carried out on the basis of an agreement between the buyer and farm producers. Sometimes it involves the buyer specifying the quality required and the price, with the farmer agreeing to deliver at a future date. Typically, the farmer agrees to provide agreed quantities of a specific agricultural product. These should meet the quality standards of the purchaser and be supplied at the time determined by the purchaser. More commonly, however, contracts outline conditions for the production of farm products and for their delivery to the buyer’s premises.

Contract farming arrangements are often criticized for being biased in favor of firms or large farmers while exploiting the poor bargaining power of small farmers. The farmer undertakes to supply agreed quantities of a crop or livestock product, based on the quality standards and delivery requirements of the purchaser. Problems faced by growers like an undue quality cut on produce by firms delayed deliveries at the factory, delayed payments, low price, and pest attack on the contract crop which raised the cost of production. In return, the buyer, usually a company, agrees to buy the product, often at a price that is established in advance. The company often also agrees to support the farmer through, e.g., supplying inputs, assisting with land preparation, providing production advice, and transporting produce to its premises. 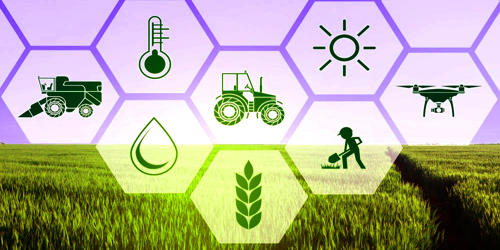 Fig: contract farming at a glance

Contract farming has been used for agricultural production for decades but its popularity appears to have been increasing in recent years. The use of contracts has become attractive to many farmers because the arrangement can offer both an assured market and access to production support.

Contract farming is also of interest to buyers, who seek supplies of products for sale further along the value chain or for processing. Processors constitute the main users of contracts, as the guaranteed supply enables them to maximize the utilization of their processing capacity. Contracts with farmers can also reduce risk from disease or weather and facilitate certification, which is being increasingly demanded by advanced markets.