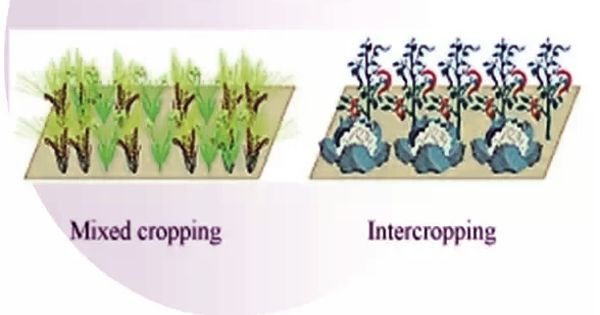 Difference between Mixed Cropping and Intercropping

Rice, wheat, vegetables, and other plants are grown on a large scale for-profit, and survival is known as a crop. Crop refers to a plant of a particular kind, grown on a large scale in a proportion of area, for commercial purposes. For growing crops, a particular pattern or system is followed. The two most commonly contrasted cropping systems are mixed cropping and intercropping.

Mixed cropping is employed to reduce the risk of crop failure due to adverse weather conditions. On the contrary, intercropping helps in increasing the productivity of the crop.

Difference between Mixed Cropping and Intercropping –