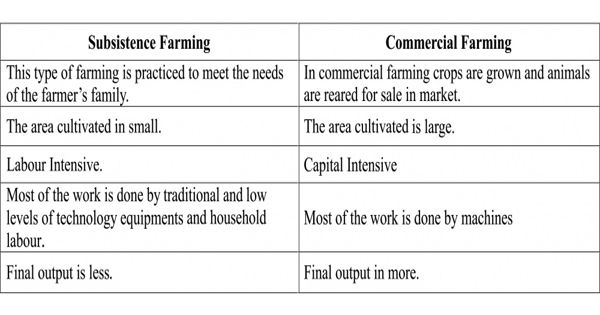 Difference between Subsistence and Commercial Farming

Commercial farming, as it is evident from the name, it is a farming practice in which the farmer and other laborers are involved in the production of crops, for commercial purposes. Commercial Agriculture is the production of cash crops primarily for sale off the farm. It is usually found in more developed countries, and the crops are grown in huge quantities to support entire populations for a profit.

In subsistence farming, traditional methods of cultivation are used, whereas machines are used for the purpose of cultivating the land, in commercial farming.

Difference between Subsistence and Commercial Farming 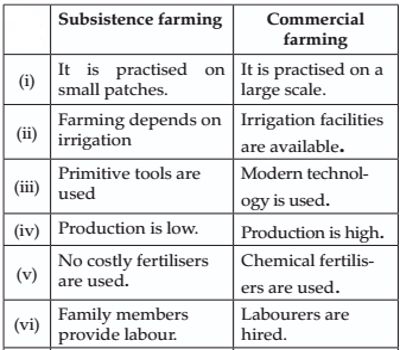