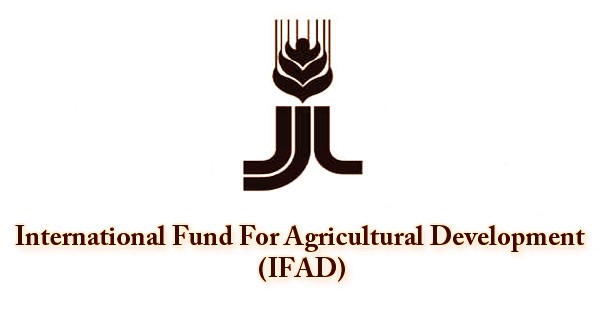 The International Fund for Agricultural Development (IFAD); French: Fonds international de développement agricole (FIDA) is a specialized agency of the United Nations (UN) that promotes increased production of food in poor communities. Indeed, IFAD is working in rural areas of developing countries to tackle poverty and hunger. It is the only organization for multilateral development that focuses solely on rural economies and food security. The 1974 World Food Conference adopted a resolution that founded IFAD in November 1977, partly in response to severe famines in the southern Sahara in the early 1970s. The headquarters of the organization is in Rome, Italy.

In the rural areas of developing countries, three-quarters of the world’s poorest people work. Most of them rely for their livelihoods on agriculture. The potential to drive millions of more poor people into extreme poverty and hunger by 2030 is climate change, a rising global population, and unpredictable food and energy prices. Projects and services of the IFAD are carried out in remote and environmentally vulnerable areas, including the least developed countries and the developing Small Island States. IFAD supports vulnerable groups such as smallholder farmers, pastoralists, foresters, fishermen, and small-scale rural entrepreneurs by providing, inter alia, access to meteorological knowledge, disaster preparedness, social learning, and technology transfer that helps farmers to feed growing populations and increase the climate resilience of rural farming systems.

IFAD, which is headquartered in Rome, Italy, is active in over 200 projects in almost 100 countries. It funds and supports programs to improve the management of land and water, expand rural infrastructure, train and educate farmers on more effective technology, create resilience to climate change, improve market accessibility, and more. The mandate of the IFAD is to provide funding and other services for programs to benefit poor farmers and pastoralists, as well as rural landless and indigenous peoples. Its Governing Council is the principal decision-making body, consisting of members of more than 160 Member States, and its 18-member Executive Board oversees daily operations. IFAD sponsored more than 500 initiatives in more than 100 countries during the last decades of the 20th century.

With an increasing global population exceeding 9 billion by 2050, a widening gap between rich and poor, and growing resource competition, humanity’s major challenges cannot wait. IFAD operates in the deepest areas of poverty and hunger: in the most remote regions of developing countries and in fragile situations, where few development agencies are involved. IFAD has provided US$22.4 billion in loans and grants since its establishment in 1977 and has coordinated an additional US$31 billion in international and domestic co-financing.

In 1977, by United Nations General Assembly Resolution 32/107 (30th December 1977), IFAD was established as an international financial institution as one of the major outcomes of the 1974 World Food Conference. In response to the food crises of the early 1970s, when global food shortages were causing widespread starvation and malnutrition, mostly in the Sahelian countries of Africa, the conference was organized by the United Nations. World leaders recognized that food shortages and drought were not so much food production failures but poverty-related systemic issues. This has been compounded by the fact that the majority of disadvantaged people in the developing world live in rural areas.

In response to these complex challenges, it was decided that “in order to finance agricultural development projects, mainly for food production in developing countries, the International Fund for Development should be set up immediately… The Fund shall provide funding primarily for projects and programs explicitly designed to implement, extend, or enhance food production systems and to strengthen relevant policies and institutions…”

Three years after the conference in Rome, IFAD was founded in 1977 as an international financial institution. IFAD-supported initiatives have reached millions of people since then. It has its headquarters in Rome, Italy, and is a member of the Development Community of the United Nations. The IFAD President is Gilbert F. Houngbo, from Togo, who was elected in 2017 for a four-year term.