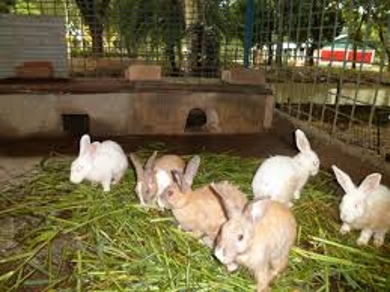 Rabbit farming is becoming admired all over the world, particularly in third world countries as rabbit is being acknowledged as a novel basis of low price protein, with minimal set up and minimal maintenance costs. Rabbit habitats include meadows, woods, forests, grasslands, deserts and wetlands. Rabbits live in groups, and the best known species, the European rabbit, lives in underground burrows, or rabbit holes. A group of burrows is called a warren.