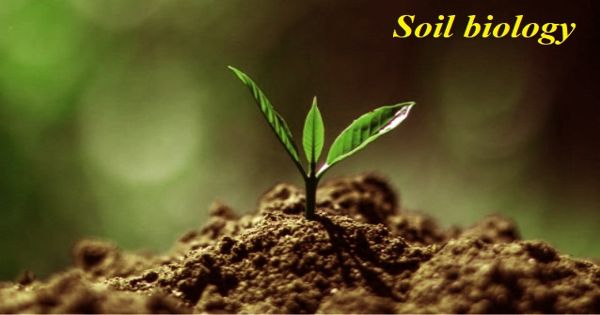 Soil Biology – a study of microbial and faunal activity

Soil Biology – a study of microbial and faunal activity

Soil biology is the study of microbial and faunal activity and ecology in soil. This is the study of organism groups living in soil (plants, lichens, algae, moss, bacteria, fungi, protozoa, nematodes, and arthropods), the study of interactions between soil organisms as mediated by the soil’s physical environment. Soil life, soil biota, soil fauna, or edaphon is a collective term that encompasses all organisms that spend a significant portion of their life cycle within a soil profile, or at the soil-litter interface. It is crucial in the functioning of the phosphorus cycle. These organisms include earthworms, nematodes, protozoa, fungi, bacteria, different arthropods, as well as some reptiles (such as snakes), and species of burrowing mammals like gophers, moles, and prairie dogs. Soil biological processes are responsible for supplying approximately 75 percent of the plant-available nitrogen and 65 percent of the available phosphorus in the soil. The creatures living in the soil are critical to soil health. They affect soil structure and therefore soil erosion and water availability.

“Soil biology plays a vital role in determining many soil characteristics. They perform a variety of functions for their growth and reproduction.”

Soil is full of life. It is often said that a handful of soil has more living organisms than there are people on planet Earth. Soil is made up of mineral particles, organic matter (living and non-living), water, and air. In most ecosystems, more life and diversity exist underground than above. All soil is made up of inorganic mineral particles, organic matter (including living things), air, and water. Soils are the stomach of the earth, consuming, digesting, and cycling nutrients and organisms. The soil is home to a vast array of organisms, including bacteria, cyanobacteria, algae, protozoa, fungi, nematodes and mites, insects of all sizes, worms, small mammals, and plant roots. 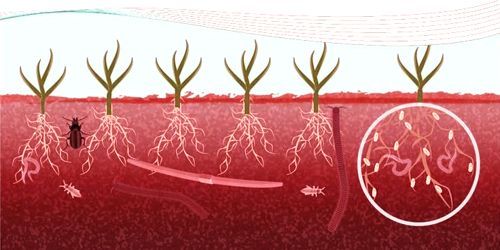 Soil biology plays a vital role in determining many soil characteristics. They perform a variety of functions for their growth and reproduction. For these functions of soil organisms, soils behave like a living entity. The decomposition of organic matter by soil organisms has an immense influence on soil fertility, plant growth, soil structure, and carbon storage. Different organisms are responsible for the mineralization of organic phosphorus from organic to “useable” inorganic forms suitable for plant uptake. 70 – 80% of identifiable free-living soil microbes, particularly bacteria and fungi, produce enzymes involved in phosphorus mineralization (e.g. phosphatase, phytase, etc). As a relatively new science, much remains unknown about soil biology and its effect on soil ecosystems. Soil environment, whether in temperate or tropical regions, cropland or grassland, is highly favorable to the microbial community.