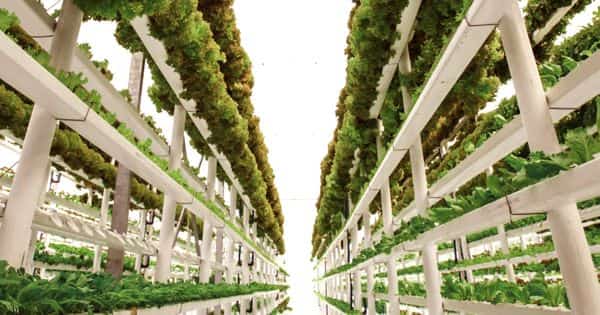 Vertical farming is the practice of producing food on vertically inclined surfaces. It is the practice of growing crops in vertically stacked layers. It is the practice of producing food in vertically stacked layers, such as in a skyscraper, used warehouse, or shipping container. It often incorporates controlled-environment agriculture, which aims to optimize plant growth, and soilless farming techniques such as hydroponics, aquaponics, and aeroponics. It is a revolutionary and more sustainable method of agriculture than its counterpart as it lowers the requirement of water to up to 70% and also saves considerable space and soil.

Vertical farming is less disruptive to the native plants and animals, leading to further conservation of the local flora and fauna. It is a revolutionary and more sustainable method of agriculture.

Some common choices of structures to house vertical farming systems include buildings, shipping containers, tunnels, and abandoned mine shafts. As of 2020, there is the equivalent of about 30 ha (74 acres) of operational vertical farmland in the world. This innovation in the field of agriculture with sustainability as its motto is making more and more heads turn today with its eco-friendly methods and making the possibility of farming real in difficult environs. 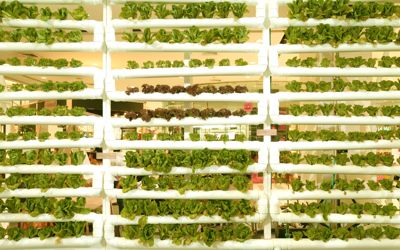 Vertical farming has a lot of promise and sounds like the farm of the future. The main advantage of utilizing these farming technologies is the increased crop yield that comes with a smaller unit area of land requirement. The increased ability to cultivate a larger variety of crops at once because crops do not share the same plots of land while growing is another sought-after advantage. Additionally, crops are resistant to weather disruptions because of their placement indoors, meaningless crops lost to extreme or unexpected weather occurrences. Lastly, because of its limited land usage, vertical farming is less disruptive to the native plants and animals, leading to further conservation of the local flora and fauna. In summary –