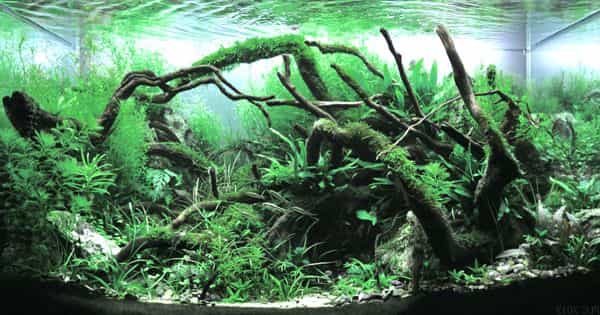 Aquascaping is the arrangement of rocks, driftwood, and live plants in an aquarium to create a visually appealing scene. It is a learned art form that allows you to create an underwater landscape, inspiration for many works come from both underwater locations but also natural scenes such as mountains, jungles, deserts, waterfalls, and many others. Aquascaping is the craft of arranging aquatic plants, as well as rocks, stones, casework, or driftwood, in an aesthetically pleasing manner within an aquarium—in effect, gardening underwater. It involves using basic principles of design and applying them to the aquarium.

Designing an aquascape can be challenging. It involves techniques of setting up, decorating, and arranging a set of natural elements such as: aquatic plants, stones, driftwood, and substrates. Aquascape designs include a number of distinct styles, including the garden-like Dutch style and the Japanese-inspired nature style. These elements are combined in such a way that it becomes aesthetically pleasing to human perception. The goal of aquascaping isn’t always to make the aquarium look like a natural waterway. Typically, an aquascape houses fish as well as plants, although it is possible to create an aquascape with plants only, or with rockwork or other hardscape and no plants. Often, inspiration is drawn from terrestrial environments, like mountains, forests, or jungles. 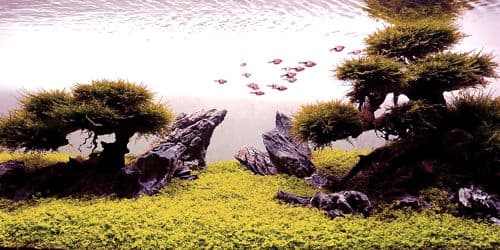 Aquascaping is inspired by natural landscapes. Grassy hills, rocky canyons, and pebble streams are commonly recreated. Many aquarists believe that the art of aquascaping began in the 1930s in the Netherlands following the introduction of the Dutch style aquascaping techniques. The craft of aquascaping has become increasingly popular in recent years. A comprehensive definition of the term describes aquascaping as underwater gardening.

Aquariums these days do not only display one’s interest in beautiful and fascinating species of aquatic organisms. It easily transitioned into an art form. With the increasing availability of mass-produced freshwater fish keeping products and the popularity of fish keeping following the First World War, many artists began exploring the new possibilities of creating an aquarium that didn’t have fish as the main attraction. The whole aquascaping process may seem difficult to accomplish in the beginning. But it’s not as hard as it looks if you follow a simple set of principles.