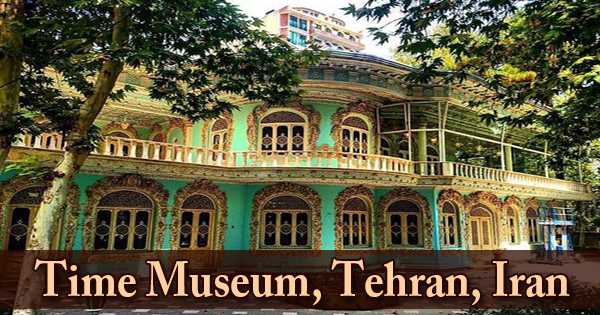 This beautiful metropolis, Tehran, has many amazing old museums and mansions that are its key tourist attractions. The Time Museum in Tehran is Iran’s only time museum; a fabulous collection of watches and clocks is assembled here. It is one of the tourist attractions in Iran linked to the Qajar period and belongs to 80 years ago, and is one of the buildings still standing in Tehran, sparkling like a diamond in the north of Iran’s capital. Particularly when visitors/travelers encounter ancient clocks, it is a very interesting museum. Compared to standard clocks that we know today, they work entirely differently.

Interestingly, in Tehran, Iran, the museum is one of the most beautiful and safest palaces for visitors/travelers to spend their leisure time. It is, however, one of the museums with a special theme in Tehran, which started its work 16 years ago and is regarded as the first Iranian Museum of Time. This museum’s architecture and decor are very fascinating and is very appropriate for those who are looking for a peaceful atmosphere in Tehran. Zaferanieh Street, Valiasr Street, Teheran, Iran, is the exact location of the Time Museum. As its location is in a popular neighborhood, accessibility to this incredible museum is very easy. Sa’ad Abad Palace, Niavaran Palace Complex, Tajrish Traditional Bazaar, Mellat Park, Valiasr Lane, and Iran’s Cinema Museum are all nearby attractions. 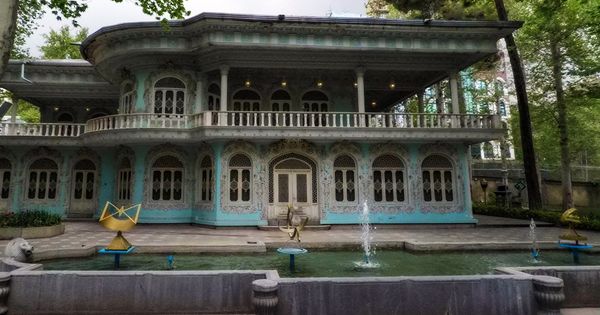 Outside view of the Time Museum

The Museum of Time was built during the Qajar Dynasty, the Mohammad Shah and Naser-al-Din Shah periods. This building was the house of an Iranian indiustrialist and merchant, Hussein Khodadad. Since ancient times, when the first clock was invented by primitive humans in 2000 BC, humans have felt the need to calculate time. Consequently, it is generally recognized as one of the earliest human inventions. Since the old days, the Time Museum has collected almost every clock and has put them on public display. It is the only museum which has such requirements in Iran.

The Time Museum building is approximately 80 years old. An aesthetician named Hossein Khodadad, however, bought this museum’s building in 1967. He wanted to turn this building into a museum as he was profoundly devoted to artworks. The perfection of this museum has been completely achieved by the many architectural changes since then. The evolution of time measurement has been there for all to visit and enjoy since ancient times.

The Time Museum building stands proudly in the center of a 5-acre park. Primary watch replicas such as sundials, water, sand, and fuel-based forms were displayed in the lush outdoor section of the museum, where visitors can closely interact with them and get acquainted with their shapes and functions. Two floors compose of the mansion. The production of mechanical watches from the seventeenth century to the twentieth century is on display on the first floor. The craft of watch-making compilation is represented in each of the hawk, pendulum, desktop, and wall standing watches. It appears that the wheels of time have depicted various arts such as sculpture, enamel, and mosaic. 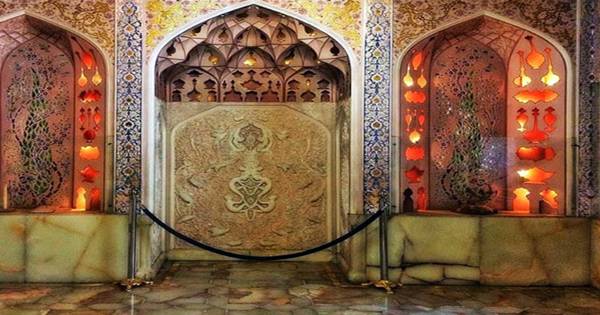 In the yard, there are several maquettes of old clocks that people can carefully study how they used to work. These clocks include sundial clocks, hourglass clocks, water clocks, and the like. Since the 17th century, the museum itself has exhibited all manner of clocks. The elegance of the Museum of Time Building hits any audience, without a doubt. Visitors can not think for hours about anything but the art and Iranian architecture of this museum by entering this magnificent and authentic mansion. The first floor is explicitly reserved for mechanical, pendulum, torsion, clock ships, and other clock types. These clocks’ outward presence clearly indicates that our ancestors cared for their decorations. In addition, there are also numerous calendars compiled since ancient times.

Conventional pocket watches owned by famous political and historical characters, as well as unique clocks relevant to time-stamping cards, change guards, ships, and army in various forms can be visited on the second floor of the museum. Visitors will see the development of time measurement instruments at the calendars spectacle, a prototype of the oldest dated Persian document, mechanical watches from ancient and pre-Islamic times to more contemporary ones. This floor of the museum also presents fascinating kinds of fossils from various geological periods and famous clocks and watches from artists and craftsmen. 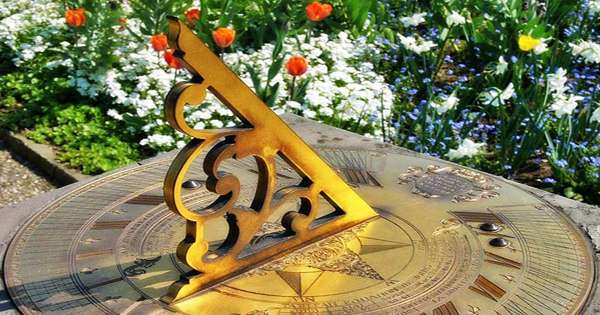 Outside in the kitchen, there is also a café that sells delicious drinks and snacks or breakfasts. In this museum, too, there are documents related to the subject of time, mechanical clocks and other kinds of clocks in the museum, the clocks of famous people such as Naser Aldin Shah, Professor Hesabi. Besides Iran, countries such as Switzerland, England, France, and Germany have also acquired some of these clocks. Another part of the first floor of the Museum of Time is a lovely space called the Isfahani Room. This room’s skillful architecture is similar to the music room of the palace of Ali Qapu in Isfahan. This room’s ceiling is decorated with Isfahan carpet patterns and gold waterworks. The gypsum paintings designed by Adam, Eve, Abel, and Cain have had an incredible impact on this room in the Museum of Time.

Visitors will also find many odd clocks in the Museum of Time areas, such as a sun clock, hourglass, blue-mechanical clock, rope clock, candlelight clock, water clock, and fuel clock. The ship clock, two-stroke clocks, guard watches, ancient Iranian calendars, and time-measuring dishes in various parts of this building are other examples of watches and famous and old things that tourists will find in the Museum of Time.