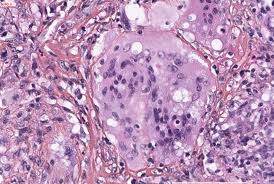 C. neoformans can be found in soil throughout the world. People at risk can become infected after inhaling microscopic, airborne fungal spores.Cryptococcosis is believed to be acquired by inhalation of the infectious propagule from the environment.

Cryptococcus neoformans (anamorph) or Filobasidiella neoformans (teleomorph) is an encapsulated heterosexuality fungus that usually grows as a yeast and replicates by budding. It is distributed worldwide and is often found in soil contaminated by avian feces.

Cryptococcus gattii is a type of Cryptococcus that is acquired by inhalation of airborne plant material (propagules or reproductive plant parts like a seed or spore).

Filobasidiella neoformans is a causative agent of cryptococcosis, also known as Busse-Buschke disease, a disease that ranges from asymptomatic infection of airways to severe meningitis.

How can produce the diseases:

The fungus(Cryptococcus neoformans) that causes this disease, is ordinarily found in soil. It enters and infects the body through the lungs. Once inhaled, infection with cryptococcosis may go away on its own, remain in the lungs only, or spread throughout the body.

Note: People with a normal immune system may have no symptoms at all.

These drugs may need to be taken for a long time. Take the lowest doses of corticosteroid medications possible. Practice safe sex to reduce the risk of getting HIV and the infections associated with a weakened immune system.

Beneficial effect of this Microorganism: