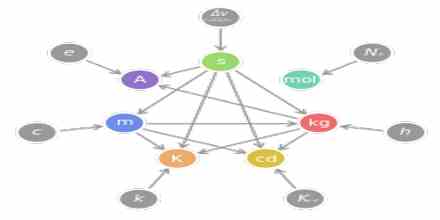 Fundamental sciences is the study of material things was treated as a single aspect of human thought and called natural philosophy. But as knowledge increased it was found necessary to divide the study of nature into two main branches.

They are  two main fundamental sciences are-

Physical science is the study of matter and energy. In physical science we study the properties of material i.e., metal, water, air etc. property is a feature of matter or the way it acts. Extreme hardness is the property of diamond. Black color is a property of coal and so on. Lemon juice taste sour. Perfumes evaporate easily.  These are few examples of properties of different substances.

The two main physical sciences are

It is difficult to make a clear-cut distinction between the two, but, broadly speaking, chemistry deals with the action of one kind of substance on another while physics is connected mainly with matter in relation to energy

Biological sciences deal with living things, while the physical sciences are connected with the properties and behavior of non-living matter.

The study of physics looks into much of the natural world around us. It ranges from the astronomically large, such as solar system, to the microscopically small, such as the atom. Although the study of physics is commonly divided into major topics like General Physics, Thermal Physics, Waves, Electricity and Magnetism, and Atomic Physics all these topics are related to two main ideas: matter and Energy. Fig – 1 shows a simple concept map of physics. Physical science is nothing but the basic knowledge of accurate measurement. Length, width, weight etc. are commonly measured quantities. These are all physical quantities. In physics physical quantity means a quantity that can be measured or the result of a measurement. Historically, people have always realized the need of standard weights and measures. From time to time these standards have been revised, improved and established by law.

In general sense “To measure something using a standard unit and expressing it in terms of standard units is called measurement.” In physical science, by measurement we understand comparison of size, weight or other phenomenon of similar objects. For example, it we ask the salesman what is the size or length of a saree? Then the sales might measure the saree using his hands and say “the length of the saree is 11 cubit (hands)”. From this measurement, we understand that the length of the saree is 11 times the size of his forearm.

To measure any physical quantity a convenient fraction or standard of that quantity taken to which the quantity is compared with. This standard fraction is known as unit. In the preceding example, “hand” is used as a convenient fraction or standard in measuring the saree, which in physical science is called “unit”. In this example, the unit of length is “hand”. We shall learn details of the measurement units in the following topics Although in the previous example we have used “hand” as a unit of measurement for length, it cannot be accepted universally. Why? As the lengths of hands vary from person to person, the measurement would not be a standard one and would be faulty. We must adopt some quantity which is accepted unanimously all over the world.

According to the dependence on measurements the physical quantities are divided into two types.

(a) Fundamental quantity and  (b) Derived quantity

depend on them”. For the purpose of  measurements, scientists have identified four more

quantities other than mass, length and time as fundamental quantities. These are thermodynamic

“Derived quantities are those which depends on fundamental quantities and are derived from them.”

There are only seven fundamental quantities, but there can be numerous derived quantities; area,

volume, force, velocity, density are few of the derived quantities.

Base and Derived Units

Bellow are given two examples which explain and differentiate the two types of units. We know that, Area  = length ´ Width.

According to the figure. Area of ABCD = AB ´ BC

\ Square meter or m2 is a derived unit.

In the light of above two examples we may define base unit and derived unit as follows.

The units of fundamental quantities are termed as base units. In other words,

Scientists have identified seven fundamental quantities. These are length, mass, time, thermodynamic temperature, current, luminous intensity and the amount of matter. So, these quantities also have seven different units and these are all base units. The units are meter, kilogram, second, Kelvin, ampere, candela and mole.

The units of derived quantities are termed as derived units. In other words,

“The units which are based on the other base units are called derived units.’

There is no specific number of derived units since these can be made up of different combination of seven base units. For example, square meter, Newton, watt, etc.

Different units are required to measure the quantities like length, mass and time. There are three different systems of units for measuring the fundamental quantities which are being used throughout the world. The systems are,

The International System of Units

This system is abbreviated as S.I. from the French words ‘Le Systeme Internationale d’Unites’. The S.I. is maintained by the an agency called ‘The International Bureau of Weights and Measures’(BIPM) situated in Paris and it is updated every few years by an international  conference, ‘General Conference on Weights and Measures’ (CGPM) attended by representatives of all the industrial countries and international scientific and engineering organizations. Under this system the selected seven fundamental quantities and their respective base units are given in the following table.

Table 1: Fundamental quantities and their S. I. units.

Scientific Notation: Use of Power of 10

Normally it is very difficult to count all the Zeroes in the previous two examples. These values are difficult to grasp, remember, read and write. We may conveniently use the power of 10 to eliminate this problem. For example, we may simply express the velocity of light as 3 ´ 108ms–1.

The power is expressed as to how many zeroes are there after 1 and the raised power is termed as index. In the preceding example 0, 1, 2, 3 etc. are indices (plural of index). We may observe the similar procedure in case of numbers less than one.

Here are some examples of converting some very big and very small numbers into scientific terms,

The law of indices can be applied in expressing scientific notation. The laws are as follows:

Table 2 : Multiples of Ten and their nomenclature in SI.

Table 3: Symbols, units and dimensions of some important physical quantities.

Choose the correct answers from below :

1.     Which one is not a fundamental quantity?

3.     How many fundamental quantities are there?

4.     The unit which can be found using fundamental units is called,

5.     Which unit system has resemblance with the international system unit?

How Does Cloud Seeding Work

Scientific Breakthroughs We Are Waiting For

ABOUT US
Newspaper is your news, entertainment, music fashion website. We provide you with the latest breaking news and videos straight from the entertainment industry.
Contact us: contact@yoursite.com
FOLLOW US
© Newspaper WordPress Theme by TagDiv