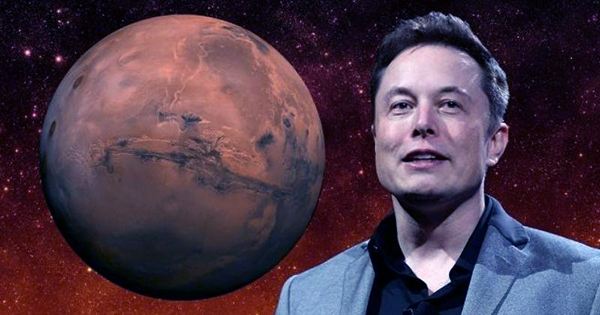 One of the top developers of rocket technology to the Nazis during World War II predicted the rise of “Elon” who would one day rule the human colonies on Mars. Warner Magnus Maximilian Freiherr von Brown was a German-born engineer shortly before the start of World War I.

As a teenager, he became interested in space flight and in 1932 began working on a liquid fuel rocket for the German army. He continued to work on rockets under Nazi German rule, and his team was instrumental in building the V-2 rocket. The rockets – aka Vengeance Weave Two – would be able to kill thousands of people, although the largest number was 20,000 concentration camp inmates who died trying to build in harsh conditions.

While building rockets for Germany, he went to where it was built and knew about the horrific conditions and deaths of slave workers, although he claimed how horrible the real situation was. It is not clear how enthusiastic he was about working for the Nazis, but he signed up to the party in 1937 (he will later claim it was 1939) and became an SS officer.

Before the war ended, he surrendered to U.S. forces, and began a long career at NASA, eventually becoming the director of NASA’s Marshall Space Flight Center, where he would work on rockets that would take people to the moon. During his career, he gained a reputation as one whose love of rockets came to the forefront, including where these rockets landed. Brown put a lot of thought into space travel and its effects that go well beyond just how to get there.

In 1952, he wrote a non-fiction book, The Mars Project, about how he believed that an expedition to Mars would go. He was optimistic that a mission could take place in 1965 missions (disguised for those who did not read it) and that the best option for the mission would be to launch a surface craft of 70 crew in low Earth orbit.  However, the part that caught people’s attention late, in the second half of the book that draws even more to science fiction is that it discusses an “Elon” judgment on Mars.