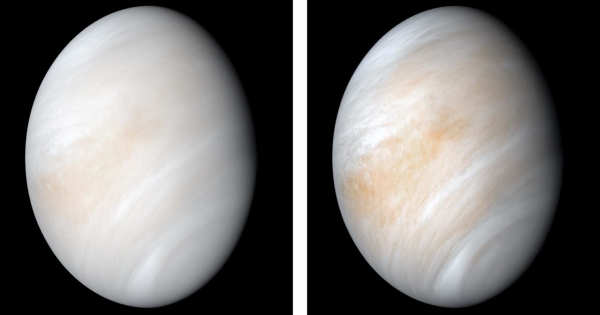 The amount of water in Venus’s atmosphere is so low that the planet cannot support even the most drought-tolerant microbes. A study of water concentrations in Venus’s atmosphere concluded that life as we know it is impossible among the sulphuric acid droplets that make up the planet’s famously cloudy skies. So far, the search for life on our nearest neighbor has been fruitless, though a 2020 paper rekindled hopes for Venus when it claimed to have detected phosphine gas, which is known to be produced by bacteria on Earth, in the planet’s clouds.

The authors have since called their own findings into question.

But the claim inspired scientists led by Queen’s University Belfast to test the theory from a different angle: whether there is enough water in Venus’s atmosphere to make life possible.

Despite its extraordinary surface temperature, which hovers around 900 degrees Fahrenheit (480 degrees Celsius), Earth’s twin planet Venus was thought to have some indicators pointing towards ‘habitability.’ When NASA’s Magellan spacecraft entered Venus’ orbit on August 10, 1990, it discovered key similarities in size and density between Venus and its planetary neighbor Earth. Furthermore, the planet’s rocky terrestrial features, such as volcanoes, long lava channels, pancake-shaped domes, and evidence of hot mantle plumes at depth, such as the one responsible for the Hawaiian Islands, encouraged scientists.

A study measuring water concentration in Venus’s atmosphere that life as we know it is not possible among the sulphuric acid droplets that make up the planet’s famously cloudy skies.

“We bent over backward to argue that the most extreme, tolerant microbes on Earth might have activity on Venus,” Hallsworth said at a press conference. However, he claimed that nothing could cope with the planet’s minuscule amount of water in the atmosphere, which is equivalent to a relative humidity of 0.4 percent. “It’s more than a hundred times too low. It’s almost at the bottom of the scale, an insurmountable barrier between what life requires to be active.”

However, scientists have discovered that the water levels in Jupiter’s clouds have a higher concentration than on Venus, as well as an adequate temperature to support life. “We also discovered that the water and temperature conditions within Jupiter’s clouds could support microbial-type life, assuming that other requirements such as nutrients are present,” said lead author Hallsworth.

Scientists used existing measurements from seven US and Soviet probes, as well as one orbiter mission, sent to Venus in the late 1970s and early 1980s, to calculate the concentration of water. Chris McKay, a NASA planetary scientist and co-author of the study published in Nature Astronomy, noted that the study’s conclusions were based on limited direct observations and thus incomplete.

“It’s difficult to imagine that the results will change as we conduct additional research,” McKay told reporters. The team also analyzed data from probes that visited other planets and discovered what could be the right amount of water activity to support life in Jupiter’s clouds.

“The outcomes were much more optimistic,” McKay said. “There is at least one layer in Jupiter’s clouds that meets the water requirements.” However, he emphasized that it is much easier to rule out life in Venus’s atmosphere than it is to prove life is possible in Jupiter’s clouds.

“To demonstrate that that layer is habitable, we would have to go through all of the requirements for life and demonstrate that they are all met,” he said, adding that determining things like ultraviolet exposure and energy sources would necessitate further investigation.

Three more Venus missions are planned for around 2030, and McKay is confident that the measurements used in the study will be confirmed. He also stated that one mission could shed light on an unanswered question in current research: whether life could have existed on Venus billions of years ago. “There could have been a time when Venus was more like Earth,” McKay speculated.

“One of the missions will fly through the atmosphere and measure trace gases… This will tell us a lot about Venus’s evolutionary history and will begin to answer questions like how much atmosphere Venus had, where it went, and what happened.”

The authors of the study hope that their method of determining water activity will be applied to planets beyond our solar system, especially with the launch of the James Webb Space Telescope (JWST) later this year.

The study concludes, “The JWST will be able to determine atmospheric profiles of temperature, pressure, and water abundance in exoplanet atmospheres.” “These will allow us to assess water activity in their atmospheres using our method.”