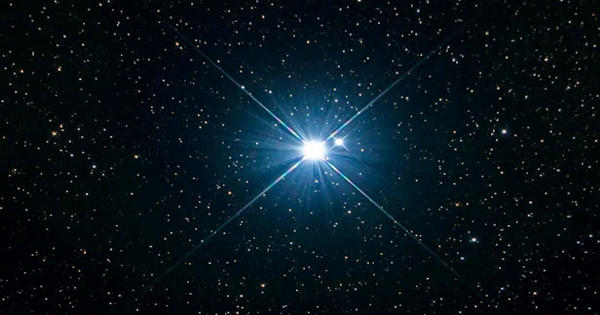 Alpha Crucis – a Star System in the Crux Constellation

Acrux is a multiple star system and it is the brightest object in the constellation of Crux. The two primary stars of this system are both hotter and bigger than our Sun.

Alpha Crucis is at -63° declination, which makes the star invisible to most northern observers. It can be seen from any location south of latitude 27°N. North of the equator, it never rises very high above the southern horizon. It is located in the constellation Crux. The crux is the smallest of the 88 constellations, but also one of the most recognizable ones in the southern hemisphere. Observers in the southern hemisphere view Acrux as the bottom of the cross while another star named Gacrux marks the top.

Alpha Crucis is a multi-star system composed of two main components. The stars are called Alpha Crucis A, Alpha Crucis B, and HR 4729. Alpha Crucis A is 25,000 times brighter than the Sun. The third component, Acrux C, is also visible in small telescopes. It is more distant from the two brighter components, lying at a separation of 90 arcseconds from the main pair. It is a multiple star system 321 light-years from the Sun, in the constellation of Crux and part of the asterism known as the Southern Cross. Alpha Crucis B is 16,000 times brighter than the Sun. The primary star, Alpha-1 Crucis is cataloged as a B-class subgiant and also a spectroscopic double star. Alpha-2 Crucis is a B-class dwarf star that is separated from the primary by only four arc seconds.

The star Acrux is the 13th brightest star in all the sky. It may appear as a single star to the unaided eye, but it is in fact a multiple star system consisting of six components. Because it’s located far to the south of the sky’s equator, this star can’t be seen from much of North America.