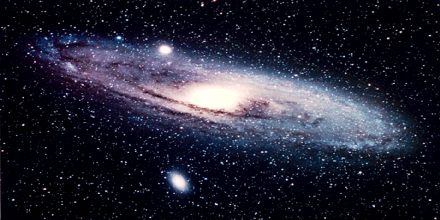 Astronomers have used the largest sample of galaxies, covering about one-eighth of the sky, to make precise measurements of the composition and expansion of the universe. Data from the Dark Energy Survey (DES) for the first three years have been published. Astronomers have used observations of 226 million galaxies to create the largest map of galaxy distribution spread over more than 7 billion light-years in space. The results will give astronomers a sigh of relief.

Scott Dodelson, a physicist at Carnegie Mellon University who co-leads the DES Science Committee with Elisabeth Krause of the University of Arizona, said in a statement, “These analyzes are truly sophisticated, requiring artificial intelligence and high-performance computing super-charges by intelligent young scientists around them.” “What an honor to be part of this team.” The results of this huge data release have been collected in 30 scientific research papers and have allowed astronomers and physicists to tighten the limits of what we know about mysterious dark matter and dark energy and theories as well as the necessary theories.

The teams compared the current results with a map of the cosmic microwave background (CMB), the first light that glows freely in the universe, which is also used to test the standard model. The data are consistent both with each other and with the model, thanks to the fully cosmic case; there is an ongoing tension between the expectation from the CMB and the expectation of galaxies in the intimate universe. The DES did not find anything that would change our understanding, but it did indicate that the universe seemed somewhat smoother than predicted from the CMB analysis.