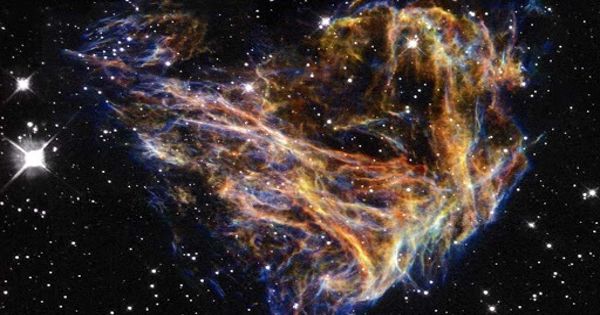 Cosmic rays are known to originate from a vast number of stars in the Milky Way and other galaxies. The difficulty is in tracing the particles to specific sources because the turbulence of interstellar gas, plasma, and dust scatters and refracts them in different directions. Researchers created a simulation model to better understand these and other cosmic ray transport characteristics in order to develop algorithms to improve existing detection techniques.

Cosmic rays are high-energy protons and atomic nuclei that travel at nearly the speed of light through space. They come from the sun, from our own galaxy outside of the solar system, and from distant galaxies. Cosmic rays are high-energy atomic particles that constantly bombard the Earth’s surface at near-light speed. The magnetic field of our planet shields the surface from the majority of the radiation emitted by these particles. Nonetheless, cosmic rays can cause electronic malfunctions and are the primary concern in space mission planning.

Cosmic rays are known to originate from the Milky Way’s numerous stars, including our sun, and other galaxies. The difficulty is in tracing the particles to specific sources because the turbulence of interstellar gas, plasma, and dust scatters and refracts them in different directions.

Researchers developed a simulation model to better understand these and other cosmic ray transport characteristics, with the goal of developing algorithms to enhance existing detection techniques.

University of Notre Dame researchers published a simulation model in AIP Advances to better understand these and other cosmic ray transport characteristics, with the goal of developing algorithms to improve existing detection techniques.

Brownian motion theory is commonly used to investigate cosmic ray trajectories. Collisions between cosmic rays within fluctuating magnetic fields cause the particles to propel in different directions, similar to the random motion of pollen particles in a pond.

However, this traditional diffusion approach does not adequately address the different propagation rates caused by diverse interstellar environments and long periods of cosmic void. Particles can become trapped in magnetic fields for a short period of time, slowing them down, while others are accelerated into higher speeds by star explosions.

How do cosmic rays achieve such high energies? Where can I find natural accelerators? The lowest energy cosmic rays arrive from the Sun in a stream of charged particles known as the solar wind, but tracing the origin of the higher-energy particles is difficult because they twist and turn in interstellar magnetic fields.

Clues have emerged from the study of high-energy gamma rays from space. These are far fewer in number than charged cosmic rays, but because they are electrically neutral, they are unaffected by magnetic fields. They produce showers of secondary particles that can be detected on Earth and point back to the source of the gamma rays. The remnants of supernovae, such as the famous Crab Nebula, are sources of the highest energy gamma rays in our own galaxy, the Milky Way; shock waves from these stellar explosions have long been proposed as possible natural accelerators.

The researchers use a stochastic scattering model, which is a collection of random variables that evolve over time, to address the complexities of cosmic ray travel. The model is based on geometric Brownian motion, a classic diffusion theory combined with a slight one-way trajectory drift.

In their first experiment, they simulated cosmic rays moving through interstellar space and interacting with localized magnetized clouds, which were represented as tubes. The rays travel unobstructed for a long time. They are disrupted by chaotic interaction with the magnetized clouds, which causes some rays to reemit in random directions while others remain trapped.

The results show that there is significant superdiffusive behavior. The predictions of the model match well with known transport properties in complex interstellar media. “Our model provides valuable insights into the nature of complex environments traversed by cosmic rays and could aid in the advancement of current detection techniques,” said author Salvatore Buonocore.