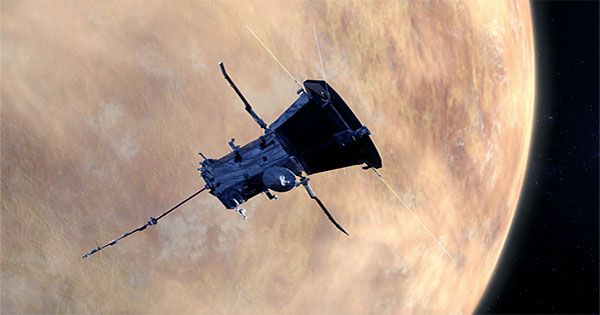 If Venus were a sensitive entity it would seem like someone was catching public transport – you wait for hours for a bus, and then two come at once. In the case of Venus, no new probes have visited it since 2015, and it is going to get two in an hour. At 4:42 UTC (12.42 am ET) on Monday, August-9, at dawn, the European Space Agency’s solar orbiter will fly past Venus at a distance of 8,000 kilometers (5,000 miles). The next day at 1:48 is ETC (9:48 am ET) the next day the joint venture of BepiColombo, ESA, and the Japanese Space Agency will reach a very close – just 550 kilometers (340 miles).

As its name implies, this is only a casual inspection for the solar orbiter – its main function is to study the sun and use Venus as a gravitational aid so that it can get closer to its target without using too much energy. It cannot turn on its cameras as it moves towards Venus, requiring attention to the Sun.

BepiColombo’s target Mercury will be partially blocked by its transfer module, but it will be able to see Venus as it passes through two of its three cameras. The two spacecraft, however, will be able to investigate the magnetic and plasma environments around Venus, and the coincidences of their periods may tell us something about the changes that are taking place there, for example, how changes in the solar wind spread over time.

The solar orbiter has been given a path to resonate with Venus so it will visit many times, using Venus’s gravity to coordinate. This will gradually push it out of the planet’s orbit so that it can see an unprecedented view of the solar poles. However, there will probably be no such close company. More detailed Venetian research will have to wait for NASA’s recently approved Veritas mission. Surprisingly, Mariner 2 approached Venus in 1962, just five years after the first satellite launch. Venus 1, launched a few days before Yuri Gagarin’s arrival in space, probably left earlier, but already lost contact with ground control, so we’ll never know.

At the time, science fiction writers were still writing set books on a wet, but hospitable Venus. It was only in 1967 that Venera 4 released a surface temperature of 464 ° C (867 ° F). These temperatures have made Mars a more interesting place to explore, both because the probes do not melt, and the possibility of life being strained remains.