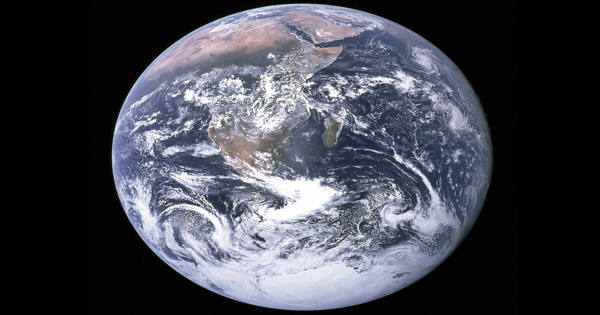 Earth-like Conditions on Potentially Habitable Planets may be Rare

According to a new analysis of known exoplanets, Earth-like conditions on potentially habitable planets may be much rarer than previously thought. The research focuses on the conditions required for oxygen-based photosynthesis to develop on a planet, allowing for complex biospheres similar to those found on Earth.

The number of confirmed planets in our own Milky Way galaxy has now surpassed the thousands. Planets that are both Earth-like and in the habitable zone (the region around a star where the temperature is just right for liquid water to exist on the surface) are far rarer.

A potentially habitable planet is a terrestrial planet that is located within the circumstellar habitable zone and has conditions that are roughly comparable to those of Earth (i.e., an Earth analog) and is thus potentially favorable to Earth-like life. However, the question of what makes a planet habitable is far more complicated than simply being located at the right distance from its host star so that water can be liquid on its surface: various geophysical and geodynamical aspects, radiation, and the host star’s plasma environment can all influence the evolution of planets and life if it ever existed.

A new analysis of known exoplanets has revealed that Earth-like conditions on potentially habitable planets may be much rarer than previously thought. The work focuses on the conditions required for oxygen-based photosynthesis to develop on a planet, which would enable complex biospheres of the type found on Earth.

Only a few such rocky and potentially habitable exoplanets are known at the moment. The new research, however, indicates that none of these have the theoretical conditions to sustain an Earth-like biosphere through ‘oxygenic’ photosynthesis – the mechanism that plants on Earth use to convert light and carbon dioxide into oxygen and nutrients.

Only one of those planets receives the stellar radiation required to support a large biosphere: Kepler-442b, a rocky planet about twice the size of Earth orbiting a moderately hot star about 1,200 light-years away.

The research looked into how much energy a planet receives from its host star and whether living organisms would be able to efficiently produce nutrients and molecular oxygen, both of which are required for complex life as we know it, through normal oxygenic photosynthesis.

The team discovered that stars half the temperature of our Sun cannot sustain Earth-like biospheres because they do not provide enough energy in the correct wavelength range by calculating the amount of photosynthetically active radiation (PAR) that a planet receives from its star. Oxygenic photosynthesis would still be possible, but such planets would be incapable of supporting a diverse biosphere.

Planets orbiting even cooler stars known as red dwarfs, which smolder at roughly one-third the temperature of our Sun, could not receive enough energy to activate photosynthesis. Hotter stars are much brighter and emit up to ten times more radiation in the required range for effective photosynthesis than red dwarfs, but they generally do not live long enough for complex life to evolve.

“Because red dwarfs are by far the most common type of star in our galaxy, this result suggests that Earth-like conditions on other planets may be far less common than we might hope,” says lead author Prof. Giovanni Covone of the University of Naples. “This study places strong constraints on the parameter space for complex life, so unfortunately it appears that the “sweet spot” for hosting a rich Earth-like biosphere is not so wide,” he continues.

Future missions, such as the James Webb Space Telescope (JWST), which is set to launch later this year, will have the sensitivity to look to distant worlds around other stars and shed new light on what it takes for a planet to support life as we know it.

On our own planet, the evolution continues to astound us, so we can only imagine the variety of ecosystems that could exist elsewhere in the universe. For all we know, chemosynthetic ice moons could be the majority. Given the limitations of our experience on Earth, perhaps there are variations on photosynthesis that we simply cannot comprehend.