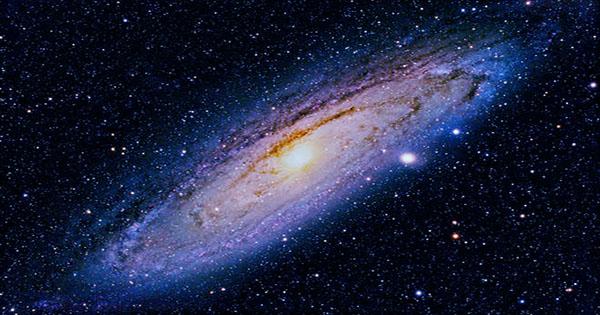 Farthest Water in the Universe Has Detected

Astronomers have revealed the furthest distant finding of water in the cosmos. The valuable chemical – an ingredient required for life, as we know it –was discovered in galaxy SPT0311-58 by a team utilizing the Atacama Large Millimeter/submillimeter Array (ALMA).

The light from these water molecules came from a huge star-forming galaxy 12.88 billion light-years away from Earth, implying that the cosmos was less than 1 billion years old when it was released.

In The Astrophysical Journal, the team reported the furthest finding of H20 in a typical star-forming galaxy. The galaxy is thought to be the result of two galaxies colliding.

The gravitational dance is pushing gas together, forming many new stars, and intriguing chemistry is occurring amid the stars, such as the production of water and carbon monoxide molecules.

“We identified both water and carbon monoxide molecules in the bigger of the two galaxies using high-resolution ALMA studies of molecular gas in the pair of galaxies known as SPT0311-58.”

“Oxygen and carbon, in particular, are first-generation elements, and they are crucial to life as we know it in the molecular forms of carbon monoxide and water,” lead author Dr. Sreevani Jarugula of the University of Illinois said in a statement.

“At high redshift, or when the Universe was still very young, this galaxy is the most massive galaxy now known. It contains more gas and dust than other early Universe galaxies, giving us lots of possibilities to see numerous molecules and better understand how these life-creating components influenced the early Universe’s evolution,” Dr. Jarugula noted.

The third most prevalent chemical in the universe is water. The first is molecular hydrogen, which is formed when two hydrogen atoms combine, while the second is carbon monoxide. UV radiation heats complex molecules, known as ‘dust,’ which subsequently emits in the far-infrared range of the electromagnetic spectrum. Astronomers have identified a link between water and dust emission, which they believe might be linked to the number of stars created in a galaxy.

The light from SPT0311-58 comes from a time in the cosmos that we still do not completely comprehend, and this discovery indicates that water was already a key participant at the time. It is a vital piece of the puzzle that can help us figure out what happened in the beginning of the cosmos. “This research not only addresses where and how far away water may exist in the Universe, but it also raises a significant question: how did so much gas and dust get together so early in the Universe to form stars and galaxies?” To get a deeper knowledge of the structural creation and evolution of the early Universe, further research into these and related star-forming galaxies is required.” ALMA continues to test the limits of how far back in time we can investigate the Universe.