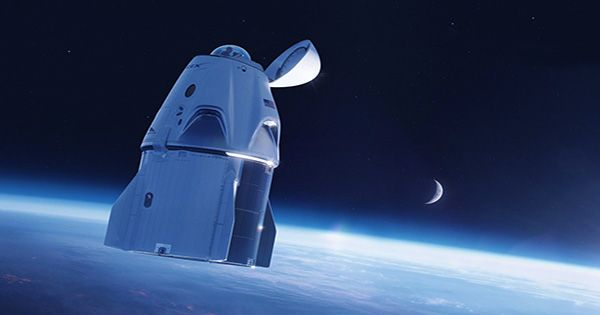 Inspiration4, the first non-professional all-civilian space mission, launched Friday night from the Kennedy Space Center and is already successfully in orbit, further from Earth than humans have been in over a decade.

The four crew members, Jared Isaacman, Hayley Arceneaux, Christopher Sembroski, and Dr. Sian Proctor, not only made history but also assisted in breaking the record for the most humans in orbit at one time. (Sorry, Sir Richard Branson; your team does not count because you did not reach orbit.)

At 8:02 p.m. ET on September 15, the crew launched in a SpaceX Crew Dragon capsule from the historic pad that launched the Space Shuttle and Apollo 11’s Moon mission. With the success of the launch, there are now 14 humans in orbit, including the Inspiration4 crew, the seven ISS residents, and the three taikonauts on board Tiangong, China’s space station, breaking the previous record of 13 established in 1995 and 2009.

The Crew Dragon capsule will circle the Earth at a height of 575 kilometers (357 miles), roughly 160 kilometers (100 miles) higher than the International Space Station. The orbit is significantly higher than the Hubble Space Telescope’s current location, which was last visited by a crew mission with the Space Shuttle in 2009. Over the next four days, the Inspiration4 crew will conduct medical experiments and capture health data about themselves in space. Because they haven’t gone through the rigorous training that professional astronauts go through, they may be able to provide some unique insights about the effects of their brief trip to space on their bodies.

Hayley Arceneaux, a crew member, is the first person with a prosthesis to go to space, and Dr. Sian Proctor is the first black female spacecraft pilot and the fourth black woman to fly to space, making history and paving the path for more accessible and inclusive space travel. Aside from pushing the bounds of commercial space travel further than ever before, one of the Inspiration4 mission’s goals is to raise money for St. Jude Children’s Research Hospital. The trip was funded by Isaacman, the millionaire founder and CEO of payment processing company Shift4 Payments, who also gave $100 million.

The mission crew intends to raise twice that amount through philanthropic gifts, including taking a diverse array of things to space for later auction.

“As we prepare to blast off, our crew bears the burden and importance of this mission,” Isaacman said in a statement moments before launch. “We have been well-prepared for the obstacles that lie ahead of us over the next three days, and we are excited to share our experience with the rest of the world as we continue to raise awareness for St. Jude Children’s Research Hospital® here on Earth.” On September 19, the mission is expected to land in the Atlantic Ocean.